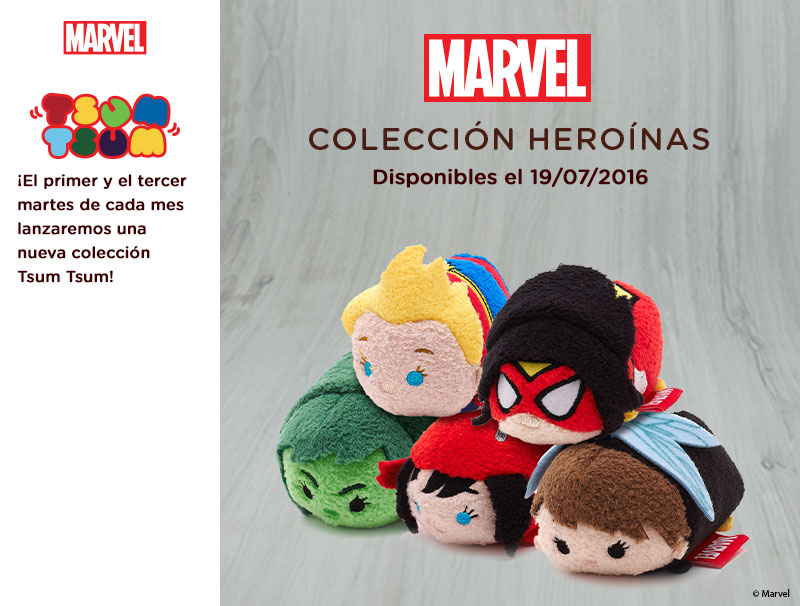 Marvel and Tsum Tsum fans will be excited for the next Tsum Tsum Tuesday.  Disney has announced that a new Marvel Heroine Tsum Tsum Collection will be released on July 19. The new series includes Captain Marvel, Spider Woman, She-Hulk, Elektra and Wasp.  Look for the new series online at Disneystore.com and at Disney Stores across the country.  Also, the series will be released in the UK and Europe in store and on their respective Disney Store pages.

Note: The graphic is from the Disney Store in Spain, we’ll add the US graphic as soon as it’s released.