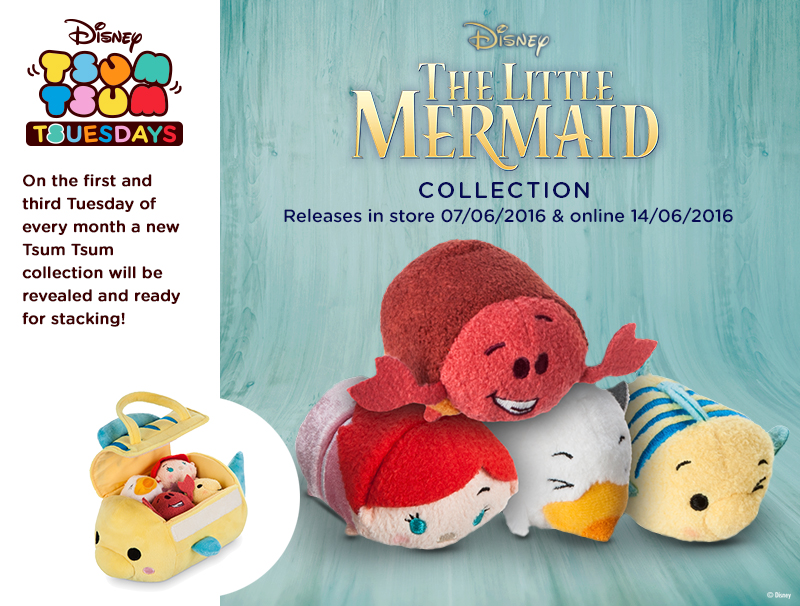 We been seeing the sneak peeks online for months and have wondered where the new Little Mermaid Tsum Tsums belonged.  Well, now we know as Disney has announced the upcoming release of the Little Meramid Bag set.  The set of four Tsum Tsums, Ariel, Sebastian, Scuttle and Flouder will come in a new Flouder Bag Carrying case.  Look for the new set to be released on the following dates in the US, UK and Europe.  Please note there is no official release info for the bag set to be released in the US at this time.  As always stay tuned for more information.

June 7 – In Stores in UK in UK and Europe