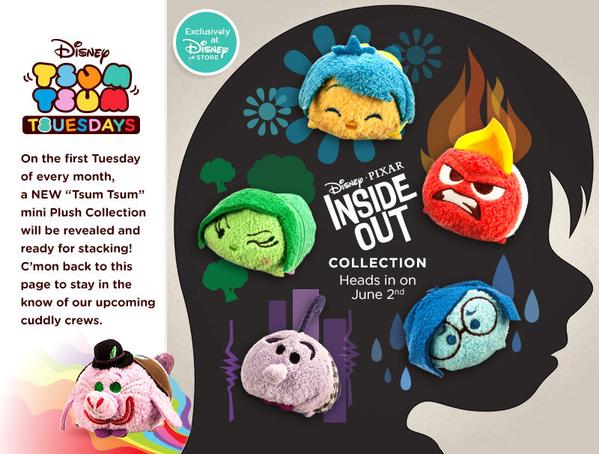 Tonight, a photo has surfaced of the upcoming Inside Out Tsum Tsums.  The newest series of Tsum Tsums will be release on Tuesday, June 2 as a part of Disney Stores’ Tsum Tsum Tuesdays Event.  The set includes 6 different characters including Joy, Anger, Sadness, Disgust, Fear and Bing Bong.  Look for the Tsum Tsums to retail for $4.95 each and be released at Disney Stores and DisneyStore.com.  Now word yet if these will be released in Japan or the UK.