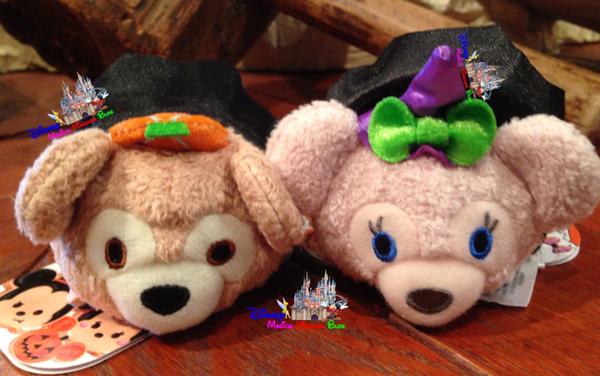 Halloween has arrived early at Hong Kong Disneyland as the new series of Tsum Tsums have arrived.  Included in today’s release are two Halloween exclusives of Duffy and Shellie May.  Also, you may notice that the Chip and Dale Tsum Tsums in the their pumpkin costume were released individually in Hong Kong, but look to be a part of the bag set when they are released in Japan.  Stay tuned for more information and more photos.