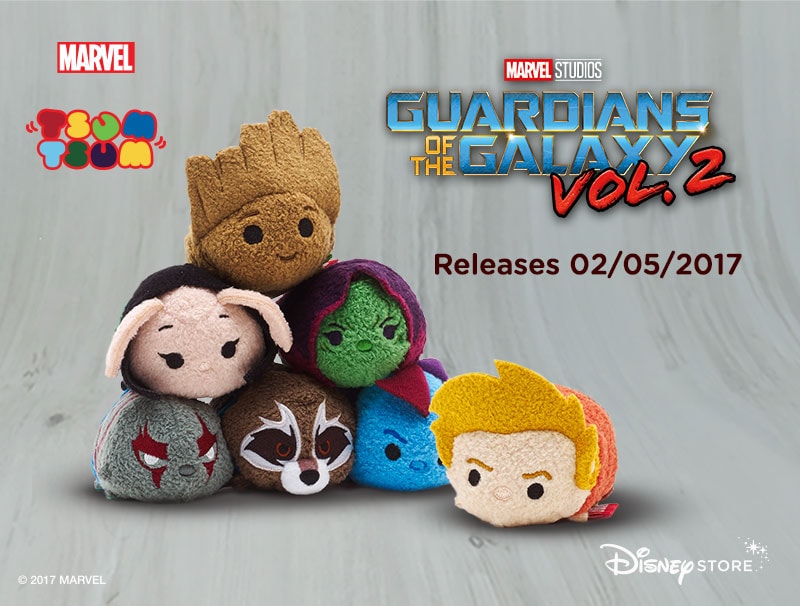 We’ve seen many of the sneak peeks of the Guardians of the Galaxy Vol. 2 Tsum Tsum Collection.  Now we gat a more official look as well as a release date of the great new Tsum Tsums.   The new set will consist 7 new Tsum Tsums including Star-Lord, Yondu, Mantis, Drax, Rocket Raccoon, Gamora and Groot.  As of right now the new series has only been confirmed for release in the UK and Europe on May 2, however it is fully expected to be released in the US on the same day.  As always, stay tuned.