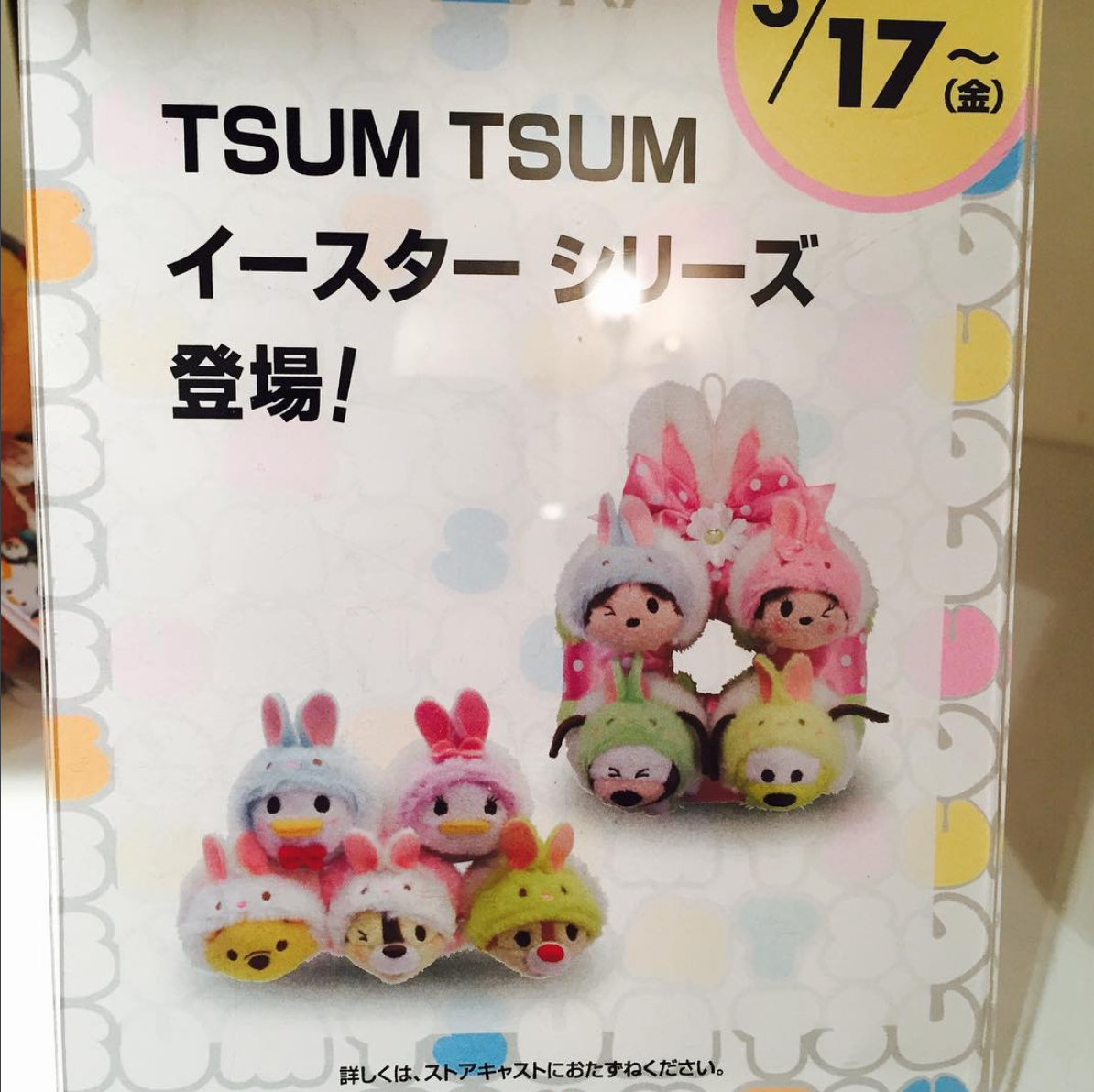 New Easter Tsum Tsums were announced earlier today at Disney Stores in Japan. According to a graphic posted by @TsumTsumJapan on Instagram, there will be five individually released Tsum Tsums including Donald, Daisy, Pooh, Chip and Dale all dressed at bunny rabbits.  Joining the Donald, Daisy, Pooh, Chip and Dale Tsum Tsums will be an Easter Tsum Tsum set that includes Mickey, Minnie, Goofy and Pluto dressed at bunny rabbits.  Look for these new Tsum Tsums at Disney Stores in Japan and online from Disney Store Japan on March 17.