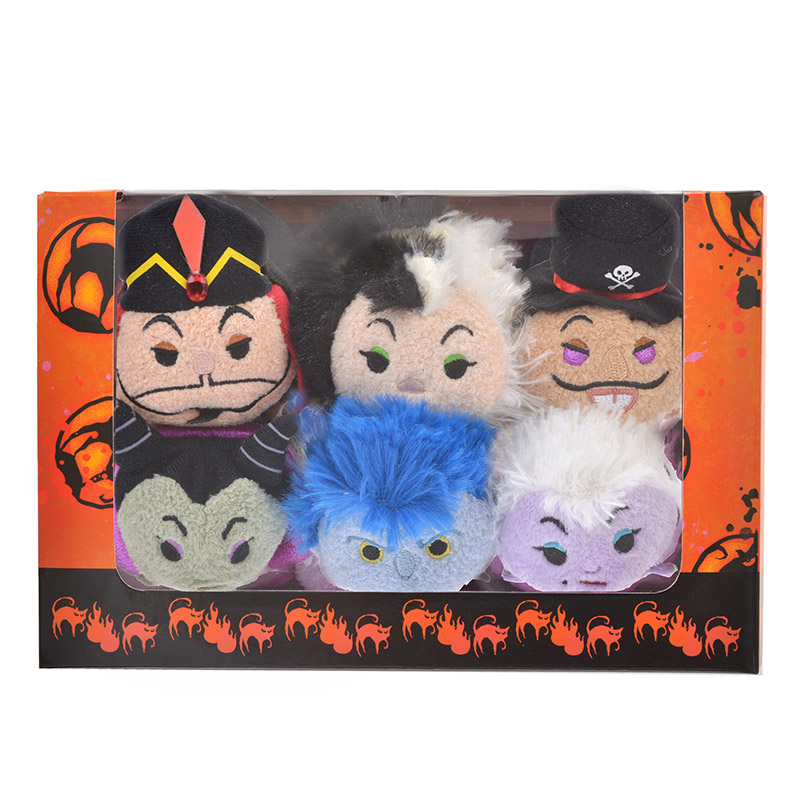 Even though Halloween is over there is nothing like a box full of villains. The New Disney Tsum Tsum Villain Box Set is now available featuring 6 terrifying and scary scoundrels. In this box you will find Jafar, the wicked vizier who is obsessed with power and also has a sense of entitlement, Cruella De Vil, the wealthy, fashion-obsessed heiress who wishes to use the skins of 99 Dalmatian puppies for a fur coat, Dr. Facilier better known as Shadow Man or the evil bokor (witch doctor), Maleficent the evil fairy, Hades the Greek god of the Underworld, and last but definitely not least Ursula, the dark and octopus like sinister sea witch. This box set is full of crooked characters who are adorable and dressed to the nines. The New Disney Tsum Tsum Villain Box Set is currently only available in Japan at Disney Stores and online at Disney Store Japan.