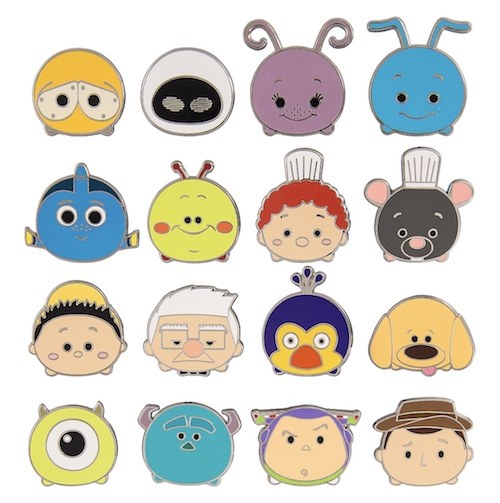 Disney has released the newest series of Disney Tsum Tsum Pins. The new series consists of Pixar characters including Mike Wazowski, Sulley, Wall-E and many more. Each Pin pack contains 5 randomly inserted pins and retail for $27.99 per pack. Look for the new series now at Disney Parks and on the Disney Parks Shopping App.