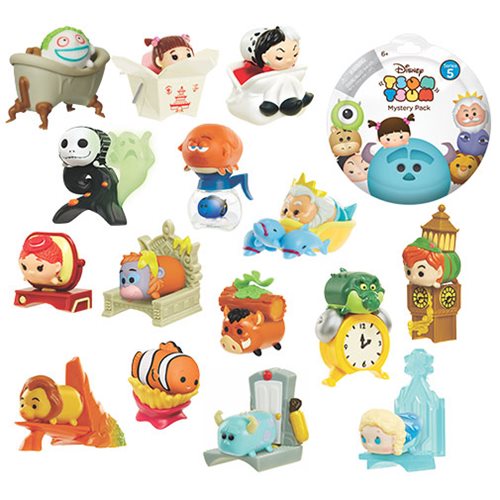 Not only has Jakks Pacific released the new Pastel Parade series in recent weeks, but they have also released the new Disney Tsum Tsum Series 5 Mystery Packs.  The new series includes 15 different Tsum Tsums from a variety of Disney films including Monsters, Inc., Lion King, Nightmare Before Christmas, Peter Pan and more.  These are currently available at select retailers, but they are also available online by the from EntertainmentEarth.com