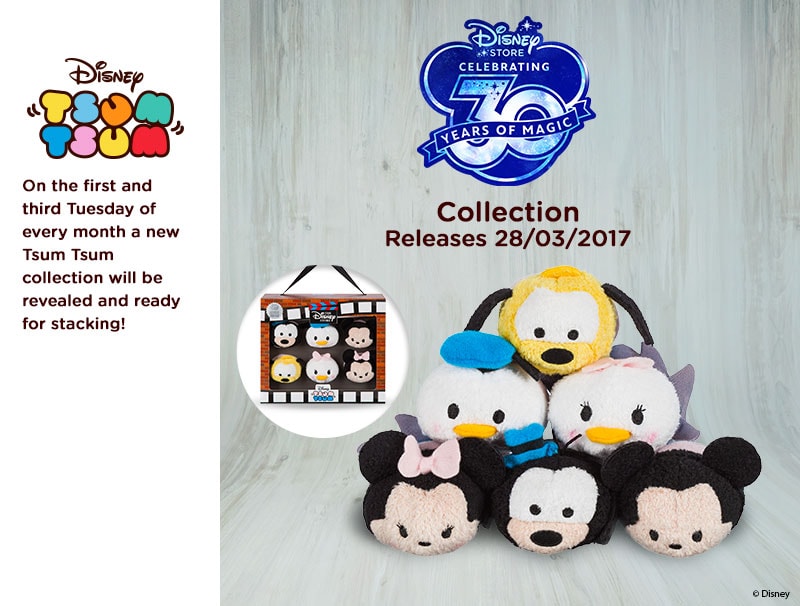 The new Disney Store 30th Anniversary Tsum Tsum Set was announced to be releasing in the US on March 28 at Disney Stores and Disneystore.com.  Of course, collectors in the UK and Europe had wondered if the set would be released at any point in the near future.  As announced earlier today online from the UK and European Disney Stores, the set will indeed be released in the UK on the same date as the US release. The new set includes a collectible display box, as well as mini Tusm Tsums of Mickey, Minnie, Donald, Daisy, Goofy and Pluto.