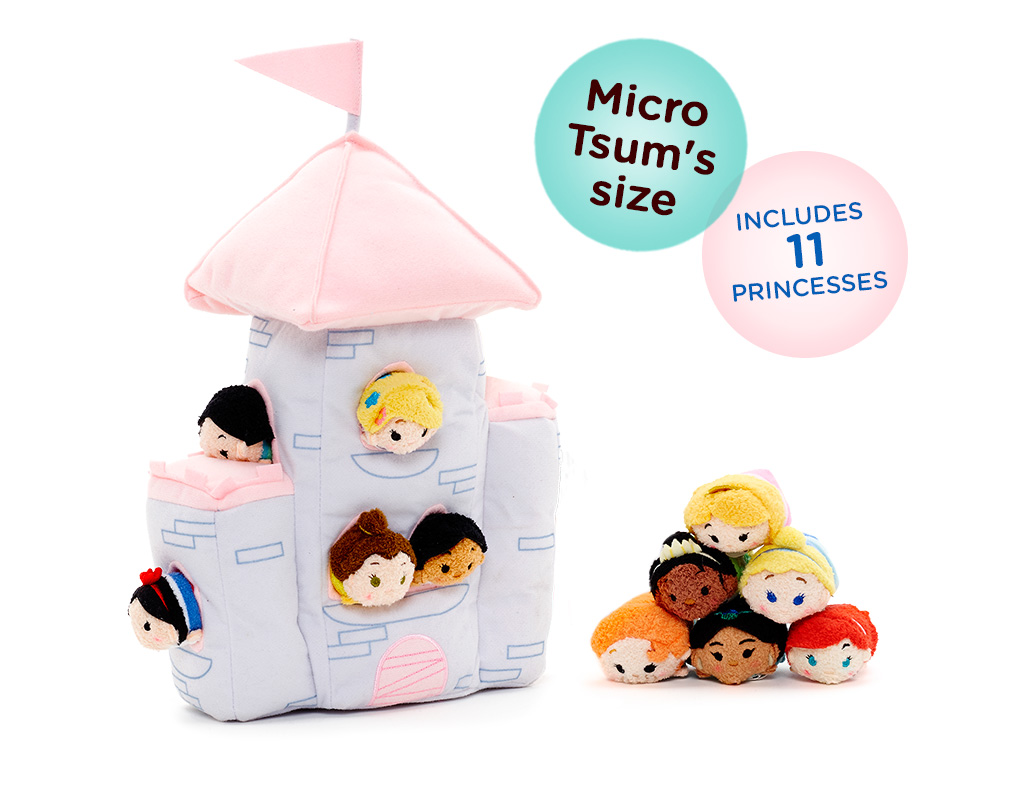 It’s Tsum Tsum Tuesday for collectors in the UK and Europe and that means announcements of upcoming releases.  On Dec. 5 the new set which features Micro Tsum Tsums of Ariel, Cinderella, Jasmine, Aurora, Merida and Tiana along with a plush Castle will be released in the UK and Europe.  US Tsum Tsum fans should worry as reports have indicated the same set will be released on Dec. 19 at US Disney Stores and on ShopDisney.com.