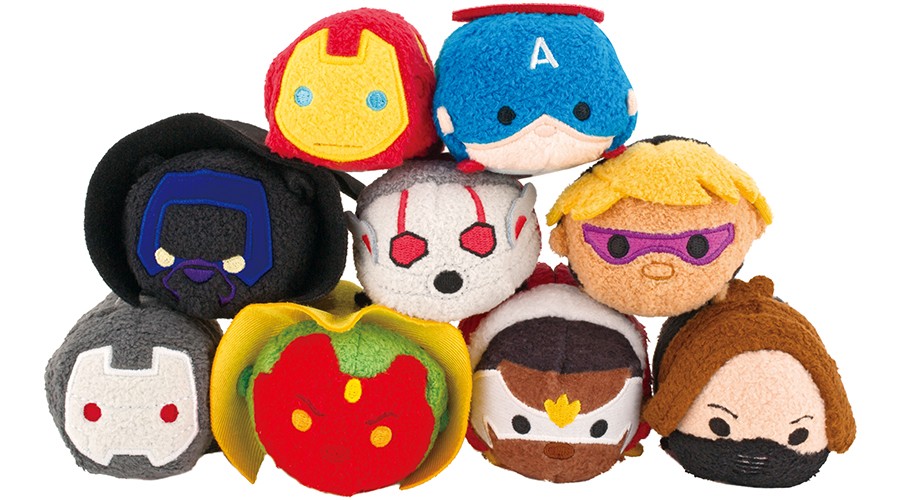 Marvel fans will enjoy this news!!  A new collection of Marvel Tsum Tsums will be released in Japan in late Spring.  The new collection will include Black Panther, Ant-Man, Hawkeye, War Machine, Vision, Falcon, Winter Soldier and re-releases of Iron Man and Captain America.  No word yet when the new Tsum Tsums will be released in the US, but look for them to appear around the same time at the Japan releases.