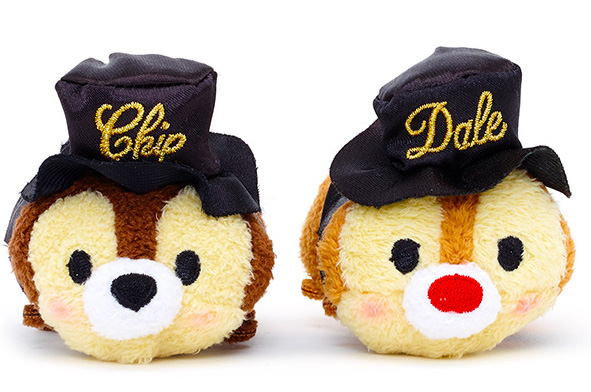 Chip and Dale are celebrating their 75th Anniversary on April 2. While the set has already been announced for release in Japan, it now appears the set will be released in more locations.  Earlier today, Disney Store UK announced the upcoing release of the new Chip & Dale 75th Anniversary Tsum Tsum Set.  The set will be released in the UK on April 3.  Look for the new Tsum Tsum set to also be released in the US at Disney Stores and on ShopDisney.com around the same date as the UK release.