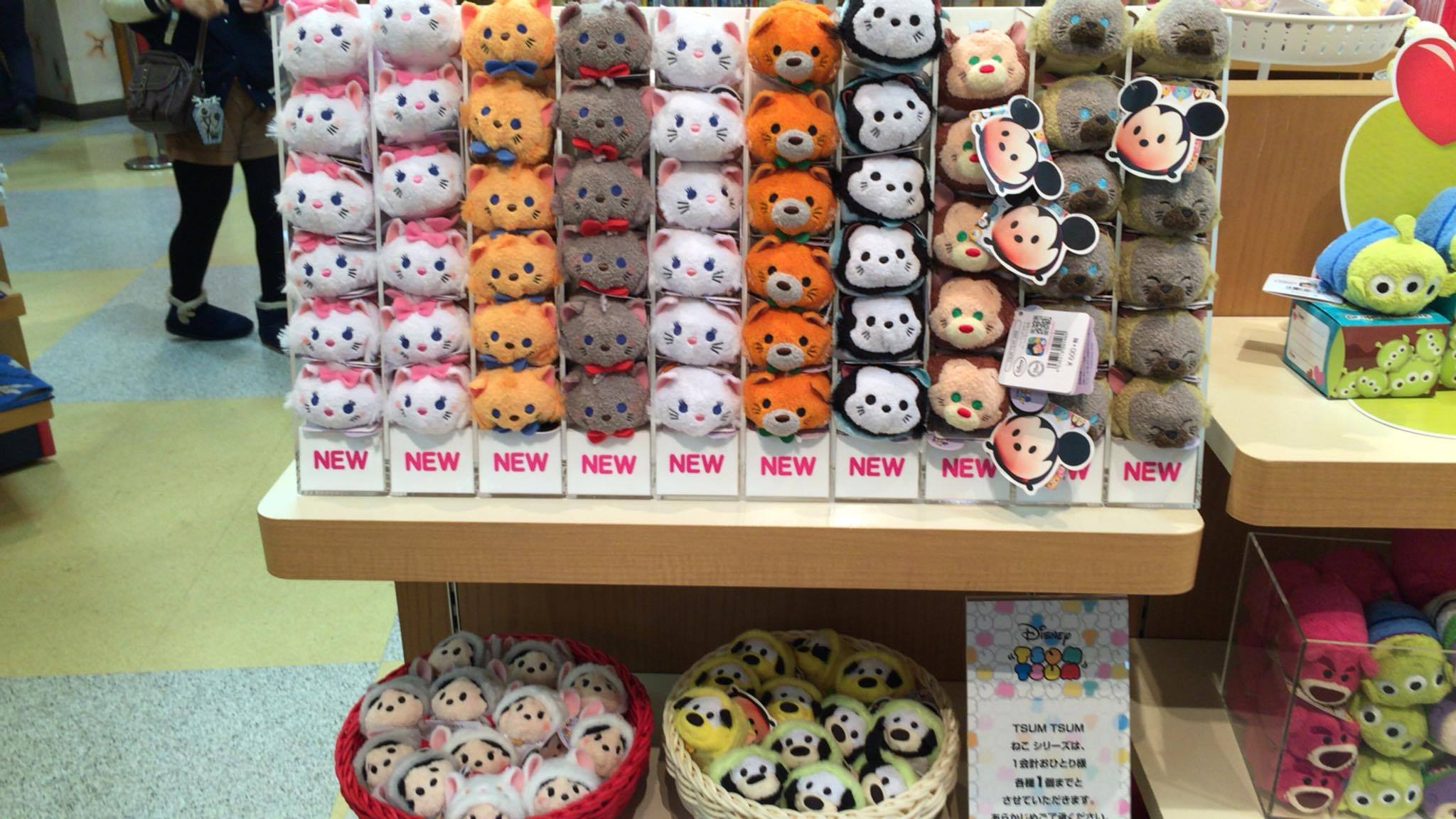 On January 26, 2016 the Disney Store in Japan launched 13 new Tsums, many of which have not been released anywhere else yet.

Lady and the Tramp: Si and Am

Several of the new Tsum Tsums are rumored to be LE5000, including Gideon, Thomas O’Malley, Pluto and Gideon. Most of these sold out immediately or soon after on Japan’s Disney Store website and in stores. Berlioz, Toulouse, Thomas O’Malley, Duchess, Si and Am are new releases and are not currently found anywhere else. Gideon was previously released only in the D23 Pinocchio box set while Figaro was released with the Pinocchio set and was available in Europe even recently, although this new version of Figaro has slight variations including the bow around his neck. Marie has also been released previously, except this variation of her features two bows instead of one.

Also noteworthy is that the Japan Disney Store has placed new tags on the Tsum Tsums from this release. They feature another small tag on the same plastic loop as the regular small tag, which is in the shape of Mickey with his image on the front. It may be on al

l future Tsum Tsum releases from Japan. The back of the tag has an advertisement for Dlife.

There are also rumors of further merchandise to come, as the release date of these Tsum Tsums was reportedly switched from the end of February to the end of January.