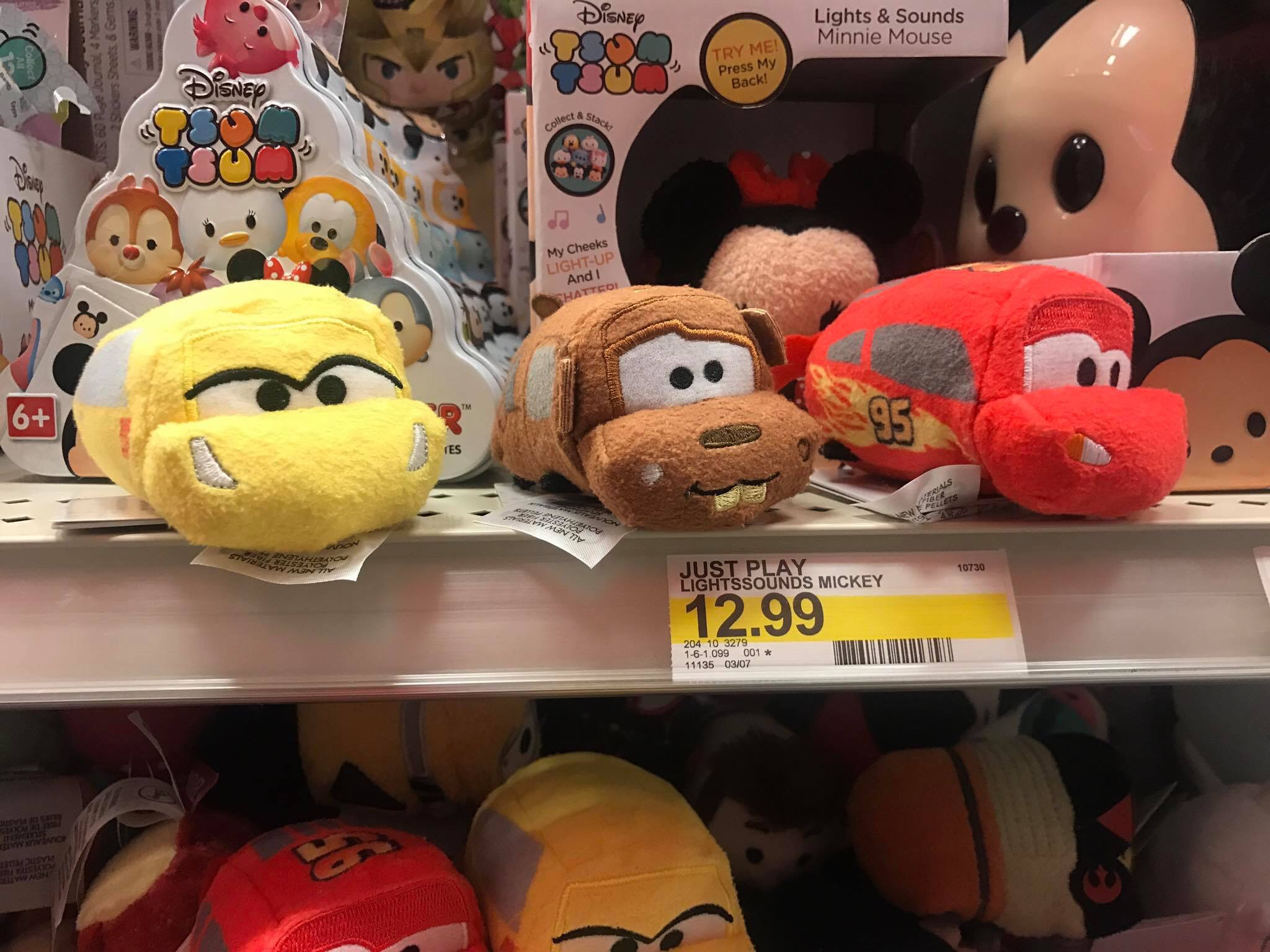 The new Cars 3 Tsum Tsums will be released on June 13, but that’s not before a select few are released at Target Stores. Lightning McQueen, Mater, Jackson Storm and Cruz Tsum Tsums have surfaced and a photo of three of the new Tsum Tsums were posted by Disney Tsum Tsum – Buy, Trade, Sell member Lizeth Binkley. Also for those that like to look up the Target stock before they head out to the store, the DCPI number is 204-10-4427.