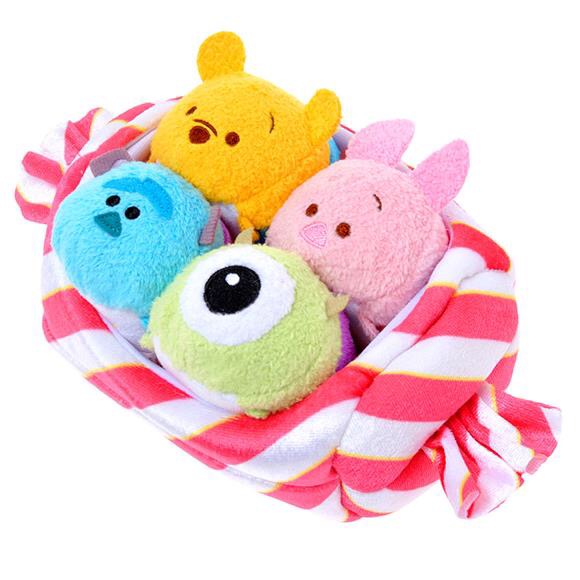 On March 20th Japanese Tsum Tsum fans are in for a treat with this special set of four candy themed Tsums, who fit in their own hard candy shaped little sofa.

The set includes a strange combination of two sets of best friends: Mike and Sulley from Monsters Inc, both featuring in their second appearance in stackable format, and again in a limited set (their first appearance was in the giant anniversity box set last year) and Pooh and Piglet.

Tsum Tsums are not available separately, so if you want just one, it’s probably best to buy the set and sell the other three, or look on ebay, but prices are likely to go up on these, as they often do on special edition Tsums.