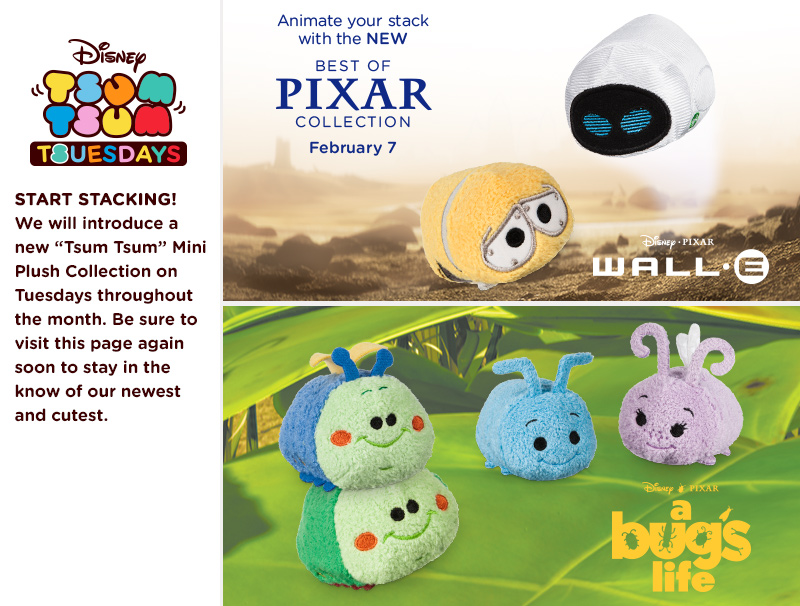 It’s Tsum Tsum Tuesday and that means previews of the next Tsum Tsum collection.  As we reported last week, the next Tsum Tsum Tuesday will feature the Best of Pixar Tsum Tsum collection.  The new series will include: Wall-E, Eve, Flik, Dot, Heimlich, Butterfly Heimlich and a Medium Wall-E.  The new series will be available at DisneyStore.com and at Disney Stores in the US.    Below is an official preview of the series, as well as the photo of the series that surfaced last week and a closer look at the Heimlich that surfaced a few months ago (Click here for more photos of the Heimlich Tsum Tsum).