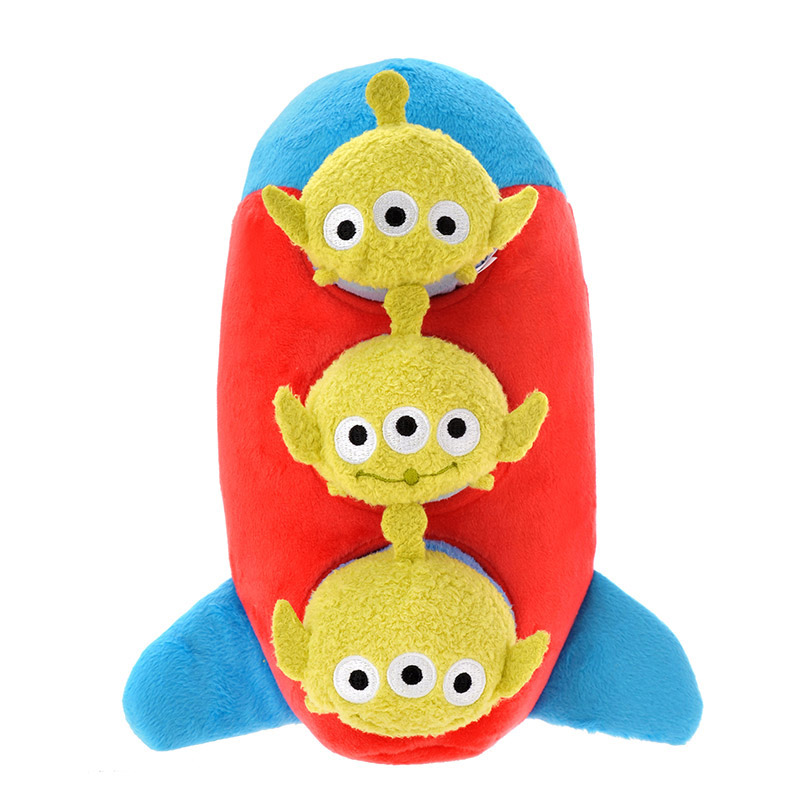 Today Disney Stores Online in Japan released the new Alien (Squeeze Toy) with  Rocket Tsum Tsum set from the Toy Story 20th Anniversary Collection. Just in time for the re release of the original Disney/Pixar 20th Anniversary of the award winning animated film “Toy Story”.  Get ready to blast off with these little squeezable  green cuties that are spacetastic ! The set includes three mini tsum tsum Alien 3 ½ inch plush and a rocket ship carrying case. Let your imagination soar out of this world. ( No current information about this set being released in the US)