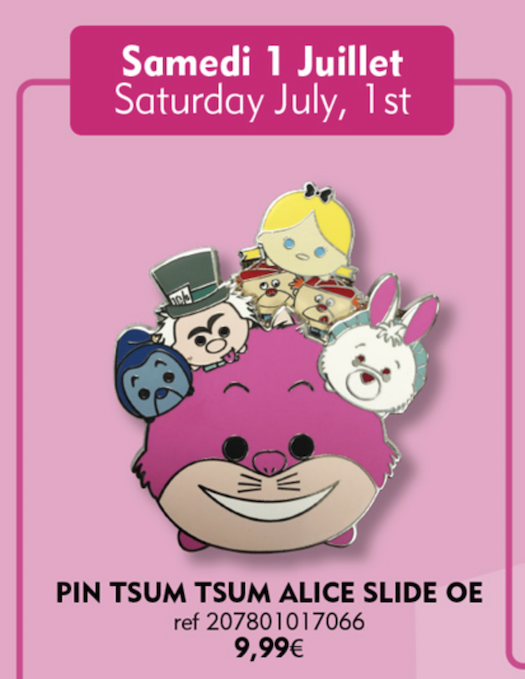 Disney has released previews of the upcoming pin releases and details about the July Trading event at Disneyland Paris. Among the new pin releases is a new Alice in Wonderland Tsum Tsum pin. The new pin will be released on July 1 and retail for 9,99€.  Also for those in the Disneyland Paris area, the next Pin Trading Event is taking place July 28th at Disney’s Sequoia Lodge Beaver Creek Tavern. Below is the flyer that was released by Disney with previews of the July pin releases and Trading Event info as well as a closer look at the new Alice in Wonderland Tsum Tsum Pin.