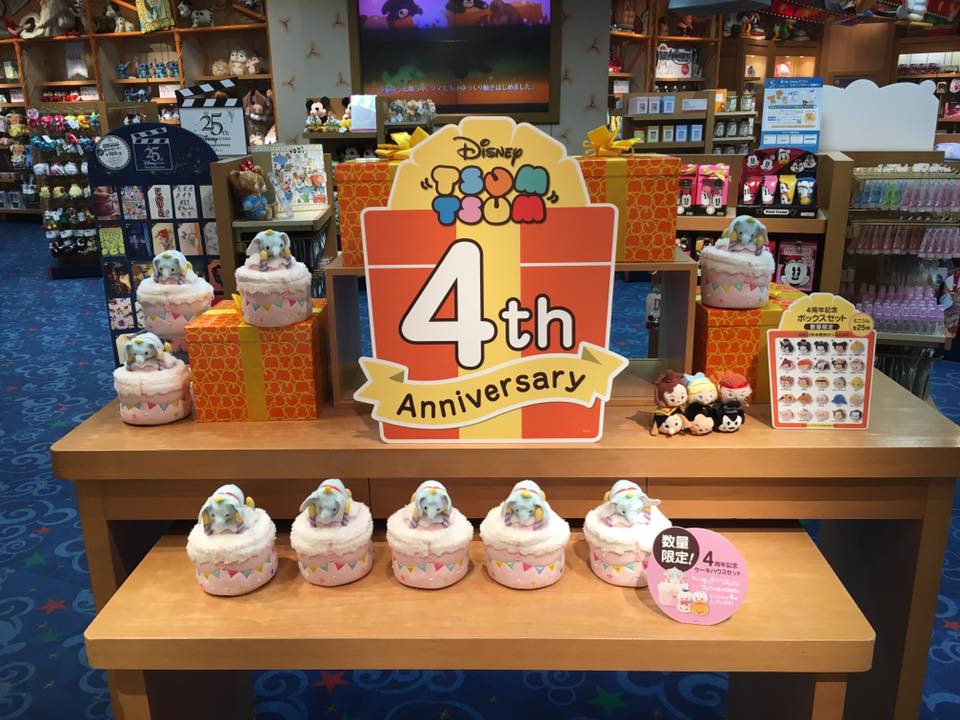 Tsum Tsums are 4 years old and it’s time to celebrate with a couple of new releases.  Today in Japan, Disney Store Japan released the new 4th Anniversary Tsum Tsum set and Dumbo Birthday Cake Set.  The new 4th Anniversary Set includes 25 different Tsum Tsums including a few very rare Tsum Tsums.  Of course a birthday wouldn’t be complete with out a birthday cake and Disney Store Japan has you covered. The new Birthday Cake Set includes a Dumbo Tsum Tsum on top of a plush birthday cake and or course inside are a few of his friends, Donald, Daisy, Marie and Winnie the Pooh.  Below is a look at the new sets on display in Japan as well as few detailed photos of both sets.