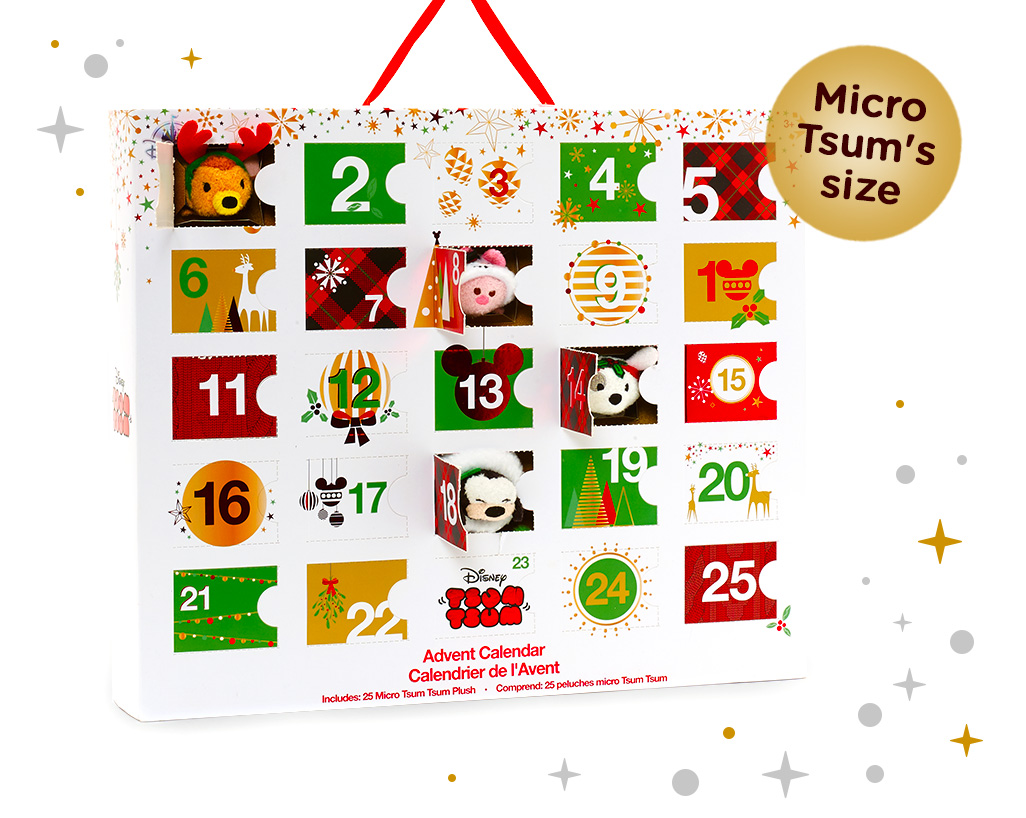 The new 2017 Micro Tsum Tsum Advent calendar release date has been announced.  The newest version of the Advent calendar will make its way online and to store shelves on Oct. 24.  The new set contains 25 micro Tsum Tsums all dressed up for the Holiday season.  Below is a preview of the new set including a look at 3 of the Tsum Tsums in the set.  For US Tsum Tsum fans, the set will also be released on ShopDisney.com and at stores on the same day as the UK/Europe release, Oct. 24.