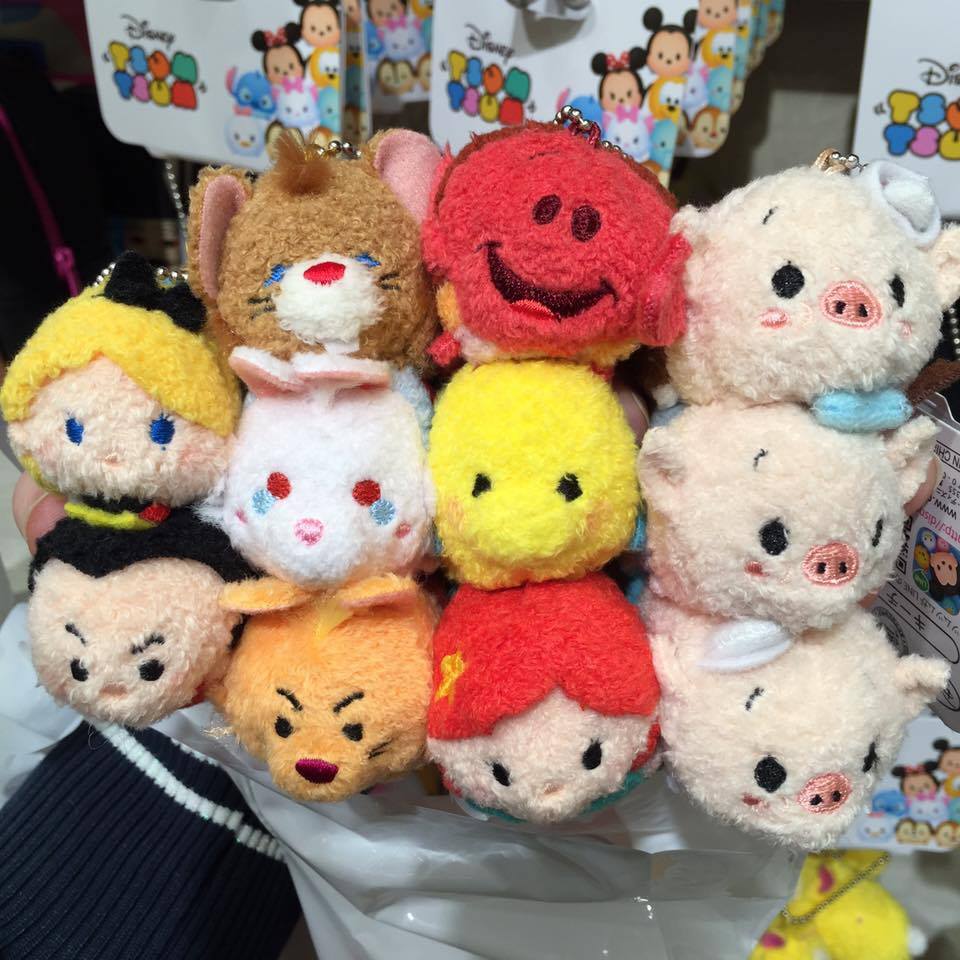 Several new Tsum Tsum keychains have been found in Disney Stores in Japan. They are not yet up on Japan’s online Disney Store but should be added to the site in the next little while. The new keychains feature several different character lines including: Alice in Wonderland, Little Mermaid, and the highly popular Three Little Pigs. Alice and the Queen of Hearts is a two stack keychain. Also from Alice in a Wonderland is the Doremouse, White Rabbit and March Hare stacked trio keychain. New from the Little Mermaid is a Sebastian, Flounder and Ariel trio stacked keychain. But perhaps the most popular will be the Three Little Pigs trio, Fifer, Fiddler and Practical stacked keychain. With these being some of the hardest Tsum Tsum to find in the mini (S) size, this set is sure to be popular even in its tiny size! Stacking keychains are held together with only a few stitches so often they can easily be separated.

They are much smaller than the mini (S) size Tsum Tsum, closer but slightly bigger than the same size Tsum Tsums released in Japan. These three stacks keychains retail for 1404¥ and the two stack keychain retails for 864¥.