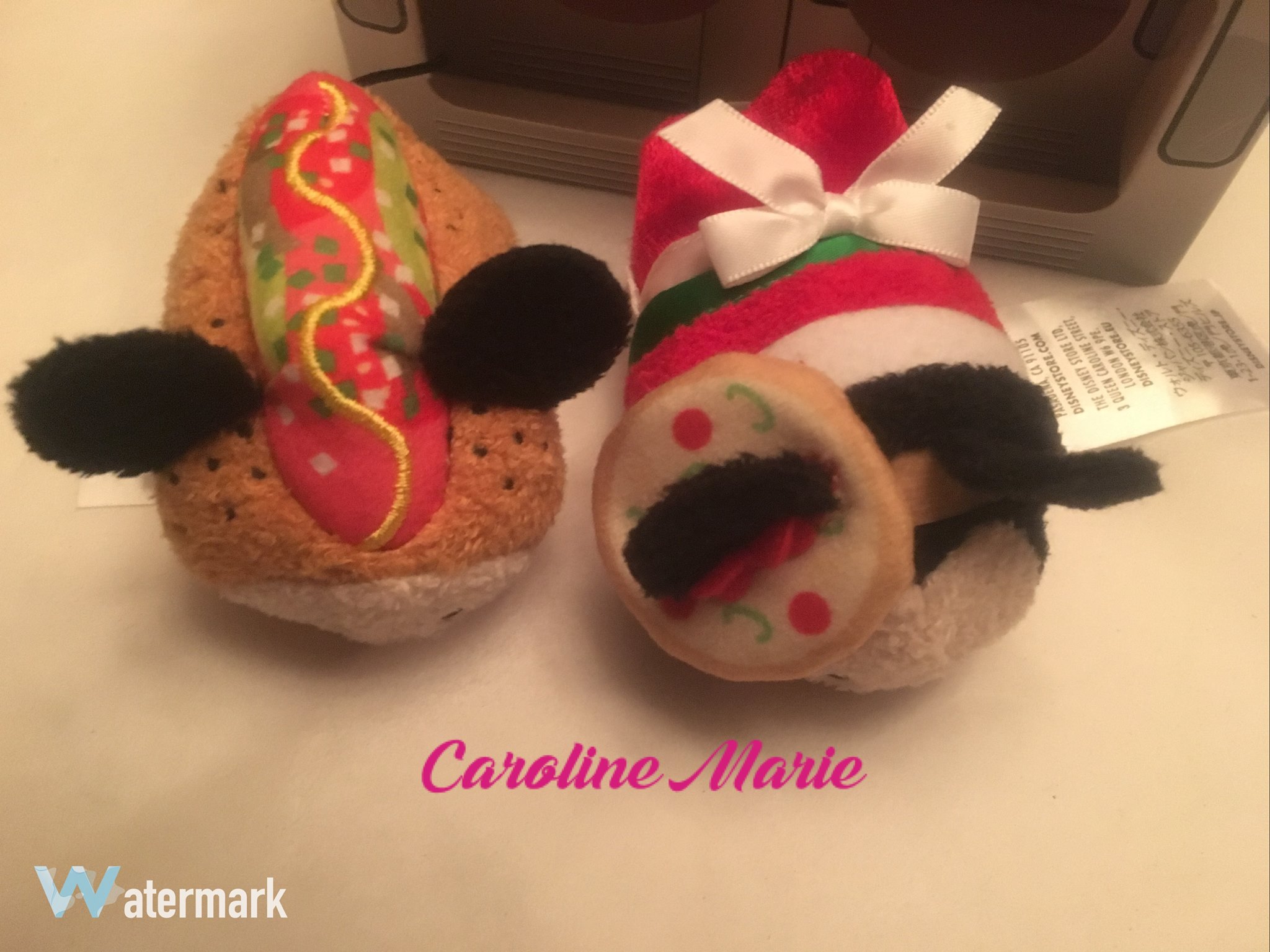 Earlier tonight we posted about the new Chicago Disney Store Exclusive Tsum Tsum Set that surfaced earlier today.  Thanks to Tsum Tsum Plush – Buy/Trade/Sell member Caroline Marie, we now have more photos of the new set including out of the box photos of the Tsum Tsums.  The new Deepdish Pizza Minnie Mouse and Chicago Dog Mickey Mouse come in a 2-pack that was available at the Michigan Ave. Disney Store in Chicago, but has since temporarily sold out.  More should be on the way and they most likely will be officially released on the next Tsum Tsum Tuesday on January 3.