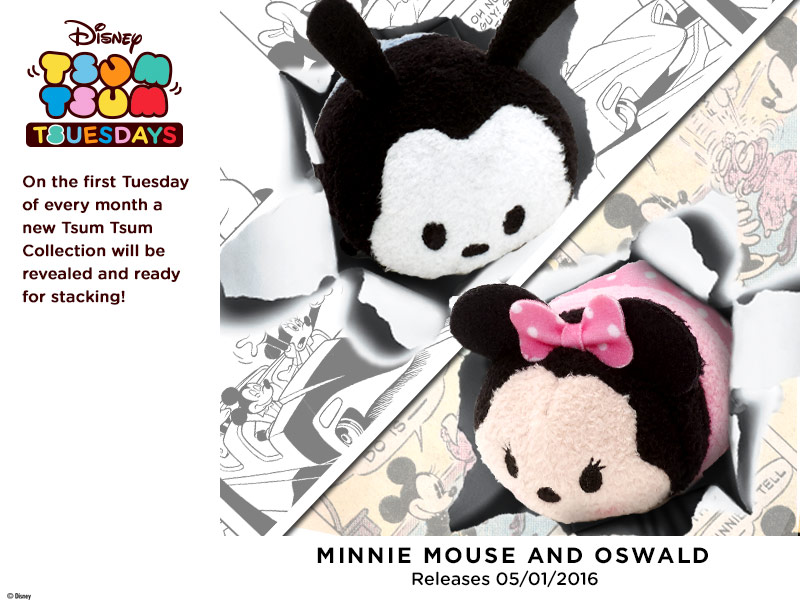 In January, Disney is set to release a number of different Tsum Tsums. Among those are an Oswald Tsum Tsum and Minnie Mouse Tsum Tsum. Below is the graphic featuring both of the Tsum Tsums that was released by Disney earlier this morning.
Note: while this graphic is from the UK Disney Store, all indications are these Tsum Tsums will also be released in the US at Disney Stores and online at Disneystore.com.