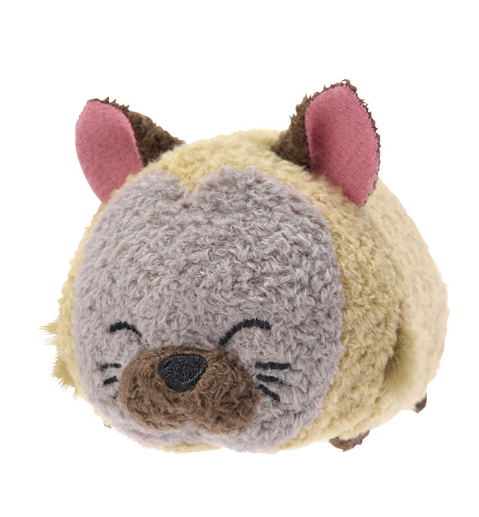 It’s a feline frenzy in Japan! Let’s take a moment to welcome to the Tsum Tsum family some cute kitties.

Duchess is the elegant and beautiful mother in The Aristocats.  When she and her kittens are cat-napped from her devoted owner by the butler Edgar, she meets the Thomas O’Malley the alley cat.

“Abraham De Lacy, Guiseppe Casey, Thomas O’Malley, O’Malley the alley cat.”  This worldly cat-about-town, gets more than he bargained for when he agrees to show Duchess the way back to Paris.

Duchess’s three precocious kittens give Thomas more than he bargained for on the journey back to Paris.  Sometimes a bit spoiled, little Marie wants to be a “lady”, but she’s not afraid to show her brothers who’s boss.  Toulouse is the oldest of the kittens.  He’s a painter, but wishes that he could someday meet a real alley cat.  The youngest of the group is the musical Berlioz, and was named after the French composer Hector Berlioz.

Figaro made his first appearance as Geppetto’s cat in Pinocchio.  He can also be seen in several shorts as Minnie’s cat as well as starring in his own shorts.

Gideon is the dimwitted sidekick to Honest John, a swindler that Pinocchio encounters throughout the movie.

Si & Am, the two mischievous cats from Lady & The Tramp, are constantly looking to get what they want while causing a lot of trouble for others along the way.

“Everybody wants to be a cat,” even Mickey, Minnie, Goofy and Pluto.  Which is why this collection is Purrfect!