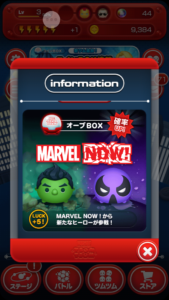 Marvel Now Update! The Tsum Tsum currently available are Hulkling and The Prowler! They are available until 12/3/2016. Luck is +5 if you get them from the orb box!

The Prowler was originally a young inventor who worked as a window cleaner to pay bills. He got caught in a battle between Stilt-Man and Daredevil. He was inspired by Stilt-Man’s suit to make his own secret identity. He lost his cleaning job which lead to him becoming a villain.

Hulking is a shapeshifter who most commonly shifts into the form of the teenage Hulk. He has the power of super strength. 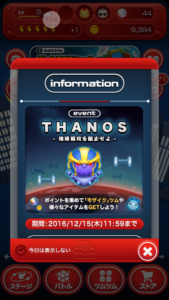 THANOS event! Lasts until 12/15/16! THANOS is a super villain. He has super strength as well as stamina and durability. He can absorb and project vast amounts of energy. He even do telekinesis as well as telepathy. This is a powerful super villain!