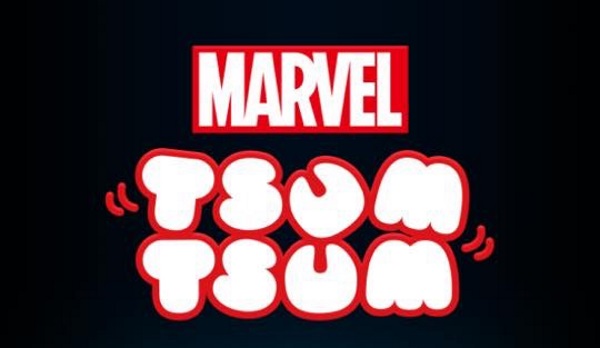 To say that this has been eagerly anticipated by Disney Tsum Tsum fans is an understatement.  Tsum Tsum which is a stacking puzzle game based off of Disney characters in a cute way originated in Japan and is extremely popular with its fans who also usually collects the plush figures as well based off of the game.  The Marvel game just released in Japan only features similar game play but with an added Marvel touch by developer XFlag.  If you have ever played Marvel’s Contest of Champions or Marvel’s Puzzle Quest, then you’ll see some similar aspects as far as leveling up characters, fighting other Marvel characters, quests and utilizing strategy as far as some players (P > B > S) will do better against others.

So just where do you get the game?  It’s available on both Android and iOS.  The links are here:

You’ll need the apk file for the Android version and for iOS you’ll need to make sure you are logged into the Japanese App Store.  Once you have it downloaded, the game will probably update it self as shown above left.  And after that you will have to accept the terms and condition as shown in the above right pictures.  Accept by clicking the lower right button.

The game will start you off with one random character.  You can purchase more characters with five ORBS (your total Orbs is located in upper right corner).  As far as game play as you see below you will do quests in which you will either need to beat the stage by a certain number of points, reach a certain number of combos or other task or defeat another Marvel character.

When playing the game, you can add additional boosters like the Disney game to help you.  Also similar in game play are the bubbles and powers.  In regular stages where you’re just aiming for a minimum number of points the game play really is exactly like the Disney version.  Instead of hearts though you’ll be expending energy (lightning bolt).

Other additional things you can do as mentioned before, you can actually choose three characters as your primary three which while you don’t get to tag them in and out, the other two will show up as part of the five in the game.   When fighting against other Marvel characters your objective is to bring down their health to zero before they do to you.  You can deal damage to them by using your power or popping bubbles adjacent to them.

As far as leveling up your character you can earn items to level up various aspects.  As you see in Thor below there are four red buttons.  The first plus signs is to level up his level.  The second plus sign would be his primary skill.  The locked button indicates a secondary skill you can possibly unlock.  And finally the last plus button is a passive skill the character may possess.

I haven’t quite figure out the adding of friends yet.  And as I explore that more and advance further in the game and discover new things I will update.  Enjoy!