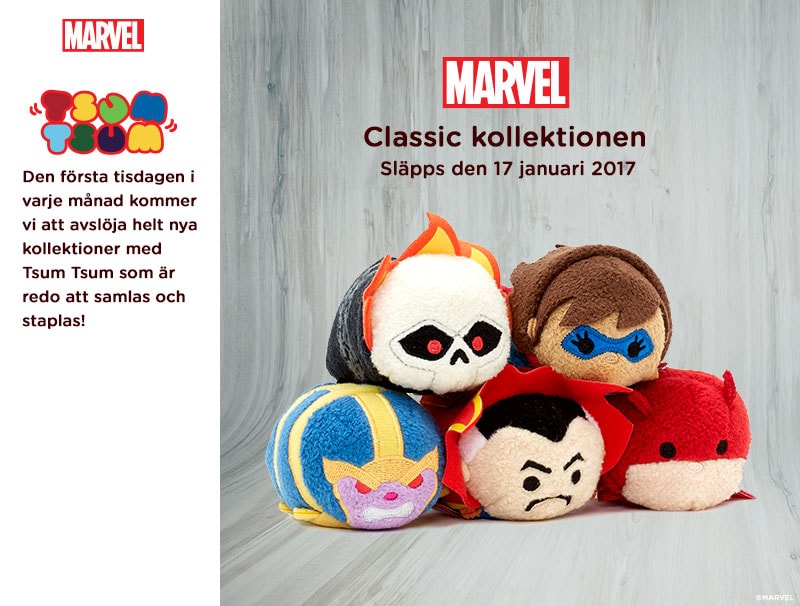 The next Tsum Tsum Tuesday release in the UK and Europe will be the Marvel Icons/Classic Collection.  The Marvel Tsum Tsums were released in the US on November 15. The new set includes Thanos, Dr. Strange, Daredevil, Ms. Marvel and Ghost Rider.  Below is a look at the graphics that were releases on a few of the European Disney Store sites as well as a closer look at the upcoming Tsum Tsums that will be released on January 17.