Lucky Time for  Sheriff Woody and Miguel in the Disney Tsum Tsum App! By Nicole Hough 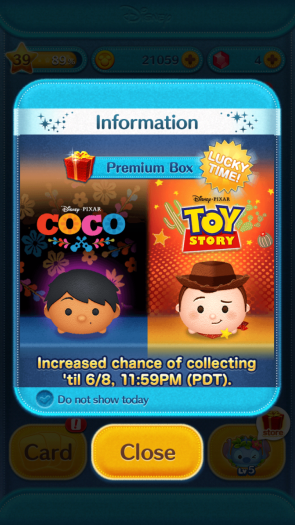 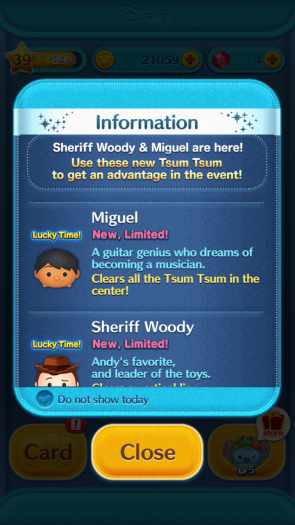 Sheriff Woody and Miguel Tsum Tsum are here! Use these new Tsum Tsum to get an advantage in the event!

A guitar genius who dreams of becoming a musician. Clears all the Tsum Tsum in the center!

Andy’s favorite and leader of the toys. Clears a vertical line of Tsum Tsum!

A heroic space ranger equipped with the latest and greatest gear. Clears Tsum Tsum in the shape of a circle!

Buzz’s archenemy. An evil emperor who is trying to take over the universe. Clears random Tsum Tsum in one go! 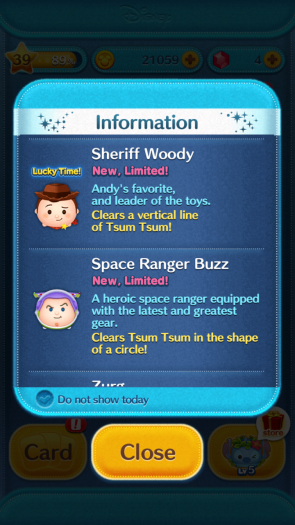 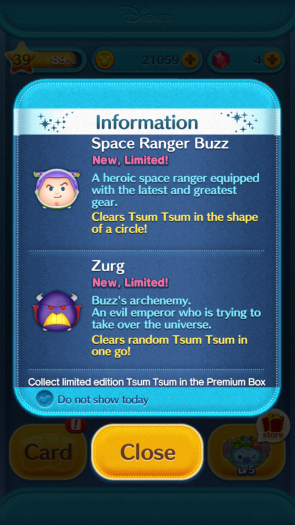