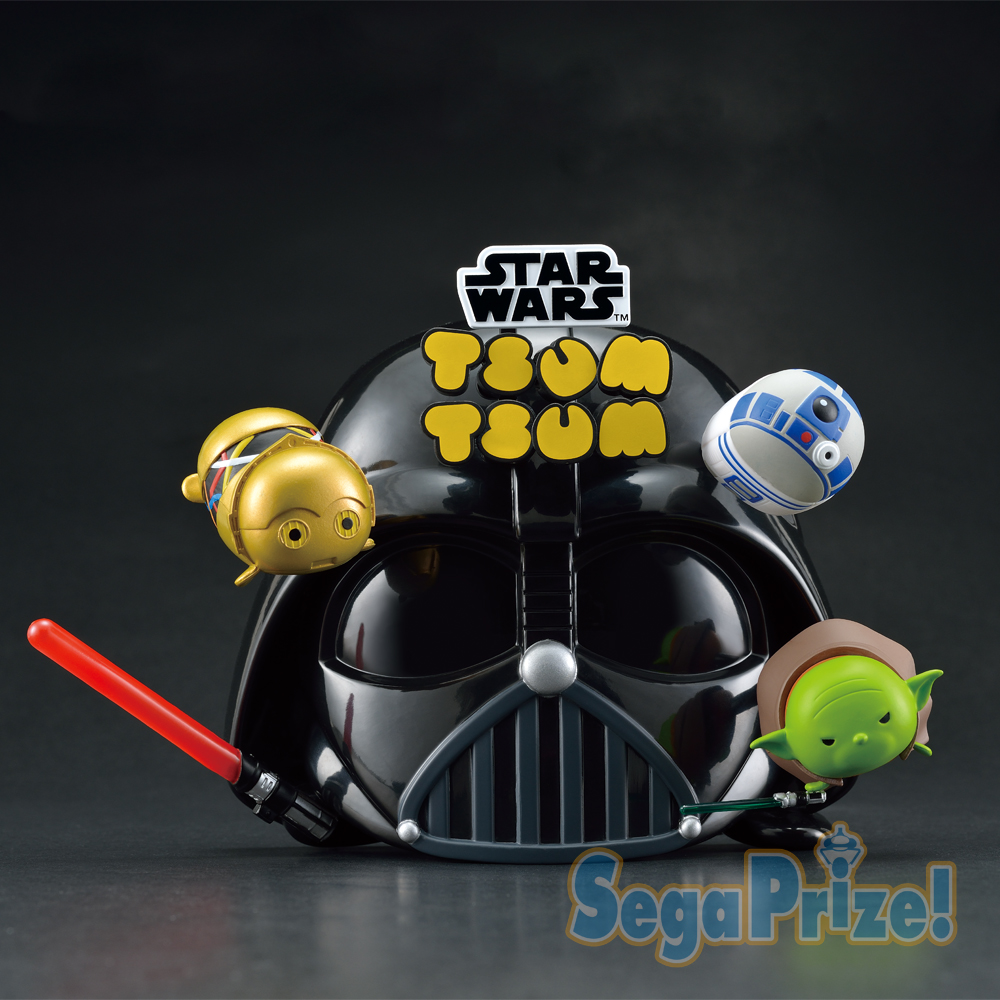 A new Tsum Tsum Premium figure has been released.  While the previous Tsum Tsum statues have been Disney and Marvel themed, this new statute is Star Wars themed.  The statue features C-3PO, R2-D2, Yoda and a large Darth Vader Tsum Tsum.  This new Tsum Tsum statue was released a few weeks ago and there are more on the way.  Below is a look at the new statue that was posted by Sega Plaza.