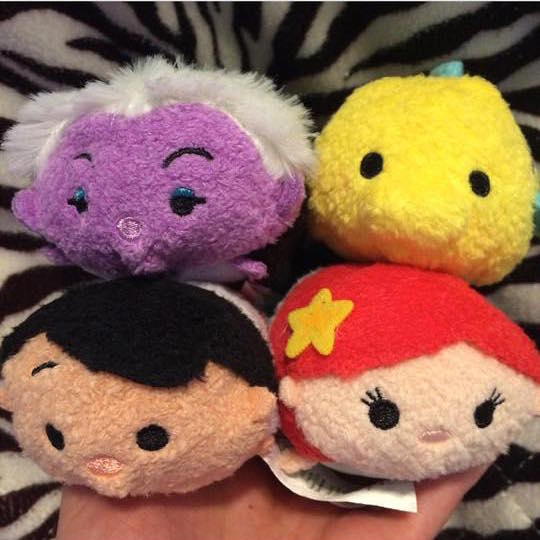 If you’re a Tsum Tsum fan, we’ve gotten some exciting news for you today.  As many Tsum Tsum collectors know, the wait for the Little Mermaid Tsum Tsums has been long over due.  Well, the wait is almost over.  We got word today that Disney is set to release the new series on May.  The set will include Scuttle, Sebastian, Ariel, Flounder, King Triton, Prince Eric and Ursula. The Ariel, Sebastian and Flounder Tsum Tsums were previously released in the Limited Edition 40 piece box set that was released in Japan last year.  Also, a few of the other Tsum Tsums (Possible scrappers) that have recently surfaced in a variety of places including eBay. Look for the new set to be released on May 5 as a part of Disney Store’s monthly Tsum Tsum Tuesday release.