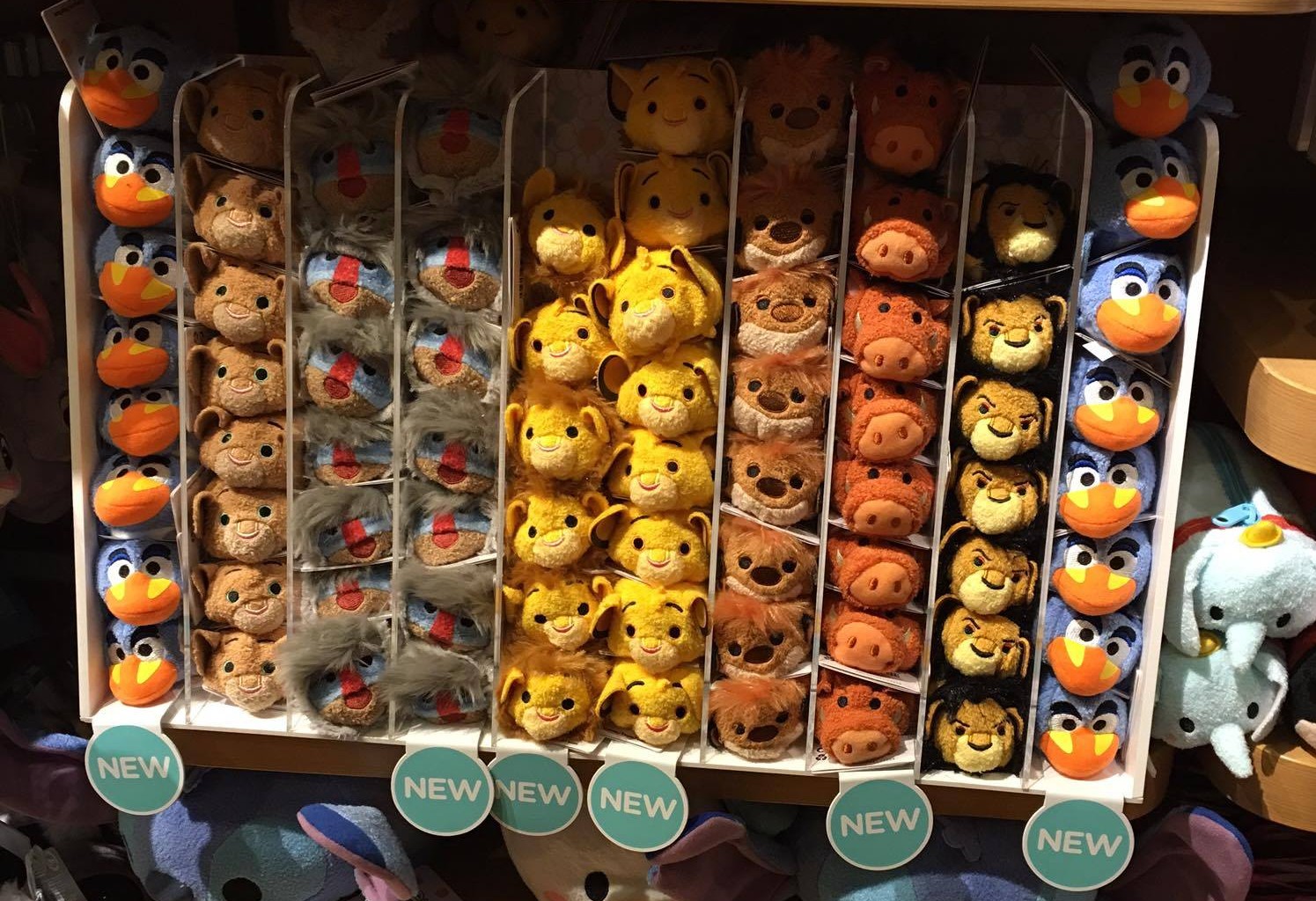 Even with February’s (first) Tsum Tsum Tuesday fast approaching, Disney Stores still have loads of stock of many of the Tsum Tsum from the past several releases.

Despite being released on December 1st, many Disney Stores still have all or most of the characters from the Winnie the Pooh collection. While many of these characters were previously available, this was the first time Gopher, Rabbit, Owl, Lumpy, Christopher Robin or Roo were released outside of Japan. Notably, Kanga was missing from this set and has been discontinued in Japan since early last spring, making her highly sought after. 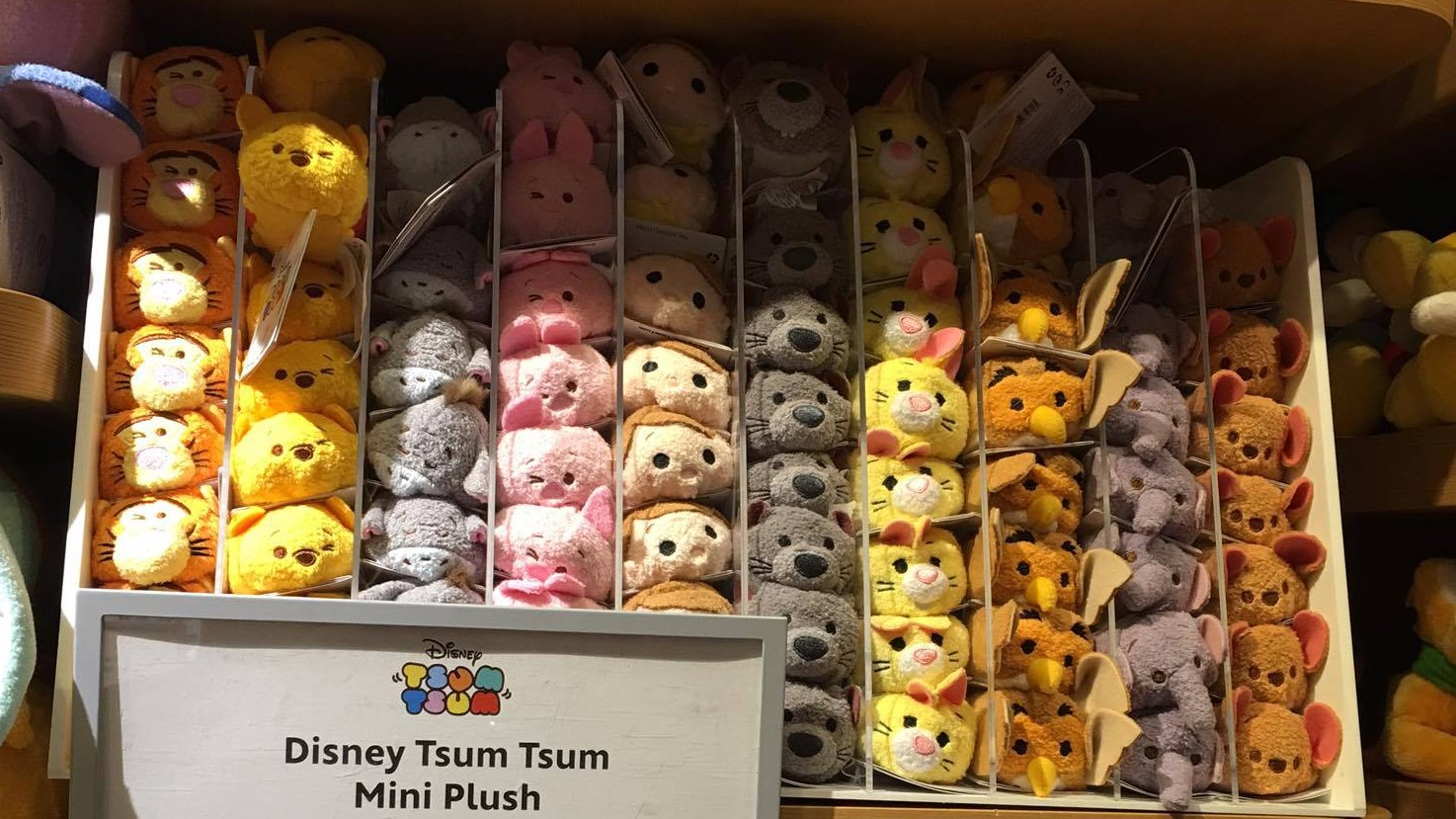 Still in abundance at Disney Stores are most of the characters from the Lion King collection, released on January 5th. It appears that Ed the Hyena is the character most widely sold out at stores, possibly due in part to lesser quantities of that particular Tsum Tsum.

The Valentine’s Day box set, featuring eight “chocolate” themed characters, also released on January 5, is still widely available at Disney Stores. ThisTsum Tsum set was based on the set released in Japan for Valentine’s Day last year, only this time made into a box set similar to the Holiday one released back in November. 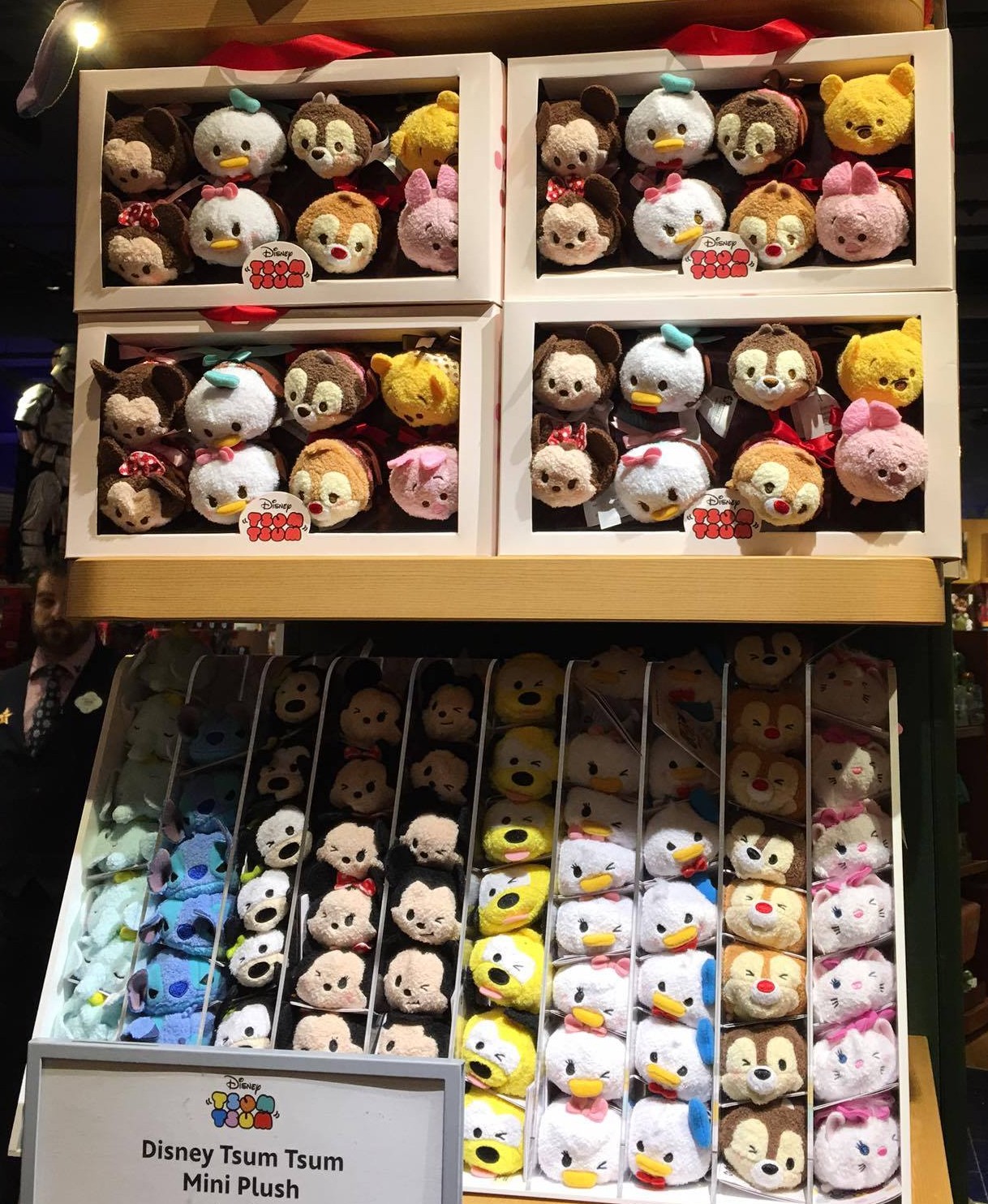 It will be interesting to see whether or not Disney decides to discount any of these sets in the near future in order to make room for the massive amounts of Zootopia Tsum Tsum coming to stores/online on February 2nd along with Birthday Mickey and Minnie. Early last year,on Tsum Tsum Tuesday, Disney Stores would mark down the prices of Tsum Tsum that didn’t sell two months after their release. Also, once the holidays were over this year, stores marked down the Holiday box set to half price. If the Valentine’s Day box set sticks around long enough, perhaps we may see a price cut for this set too.

Disney Stores also seem to be keeping most of their regular cast of characters, Mickey & Friends and Winnie the Pooh & Pals (expression versions) well stocked in addition to the two Marvel sets already released. It is anticipated that another Marvel set will be arriving in March for the second Tsum Tsum Tuesday of the month, to add to the growing collection. 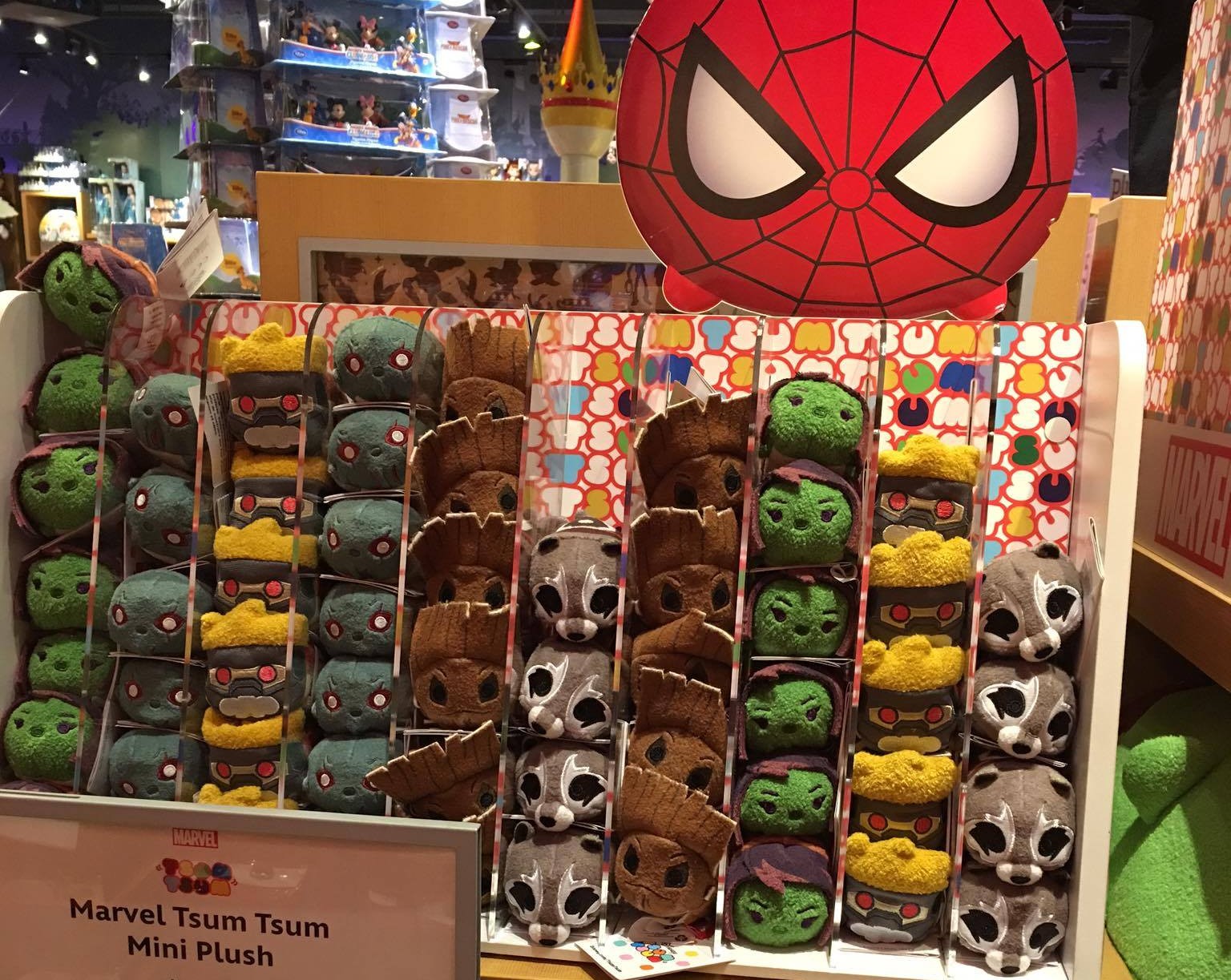