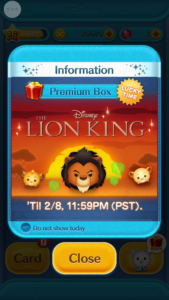 Scar is now here in the Disney Tsum Tsum App!

Scar: Simba’s uncle, and rival for the throne! Chasing after the hyenas, clears horizontal lines of Tsum Tsum! 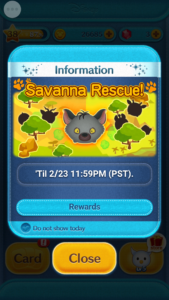 Rescue the animals trapped by the hyenas to get Zazu and Pins!

Tap on the darkened spaces to look for the animals captured by hyenas.

Clear challenges to scare away the hyenas!

Rescue all the animals to clear the card, then take on the next one!

Even if you can’t complete the challenge, you’ll still inflict some damage!

Get gifts when you clear each card! You might even get a Zazu Tsum Tsum! 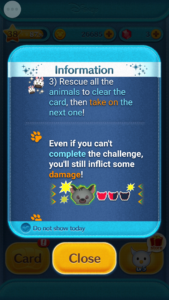 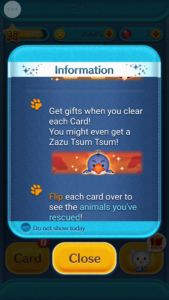 Flip each card over to see the animals you’ve rescued.

There are 23 cards in total, but when you finish those there’s a challenging bonus card waiting for you! Clear it to get a gold pin! 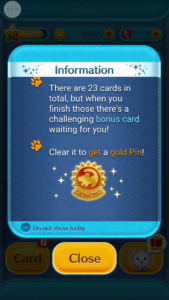