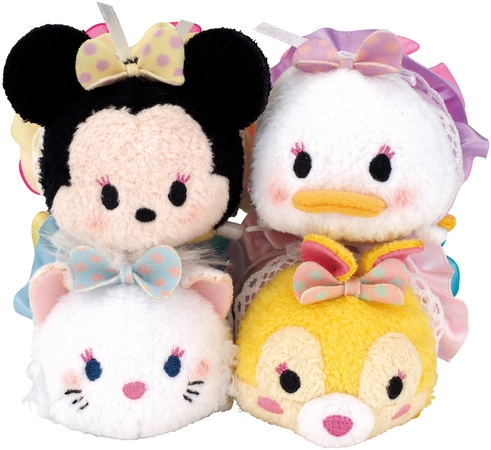 Disney announced yesterday that there will be a limited edition Disney Tsum Tsum set that will be released at the Grand Opening of the new Osaka Disney Store in Japan.  The new set features Minnie, Daisy, Marie, Miss Bunny and will retail for 2500 yen.  These are very limited and most likely won’t last long when the store holds its Grand Opening on Apr. 2, 2015.