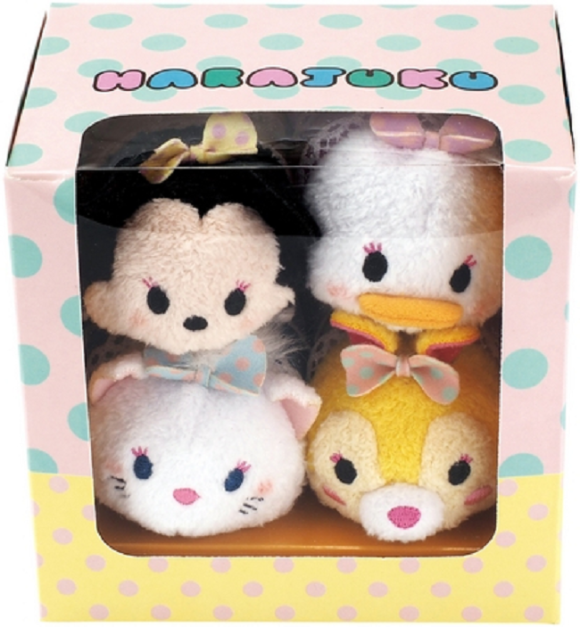 Today the new Limited Edition Harajuku Disney Store Tsum Tsum Set was released in Japan. The new Limited Edition set retails for 2,500-yen (US$21) and features Minnie, Daisy, Marie and Miss Bunny. The new Disney Store handed out vouchers that allowed the customer to come back during a designated time. This was a great improvement over the 3+ hour wait that some Japan collectors experienced on Tuesday with the release of the Big Hero 6 Tsum Tsums. The set will also be released at the opening of the Osaka Disney Store on April 2. Below is a closer look at the new Tsum Tsum set and a look at a few from today’s release day. 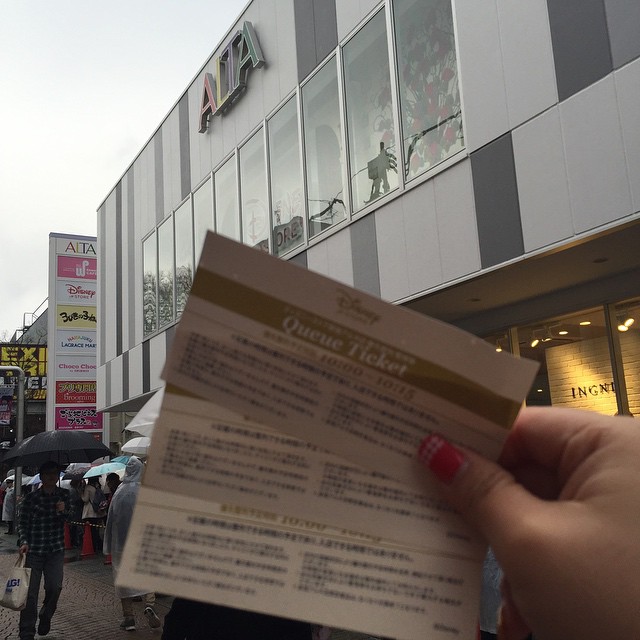 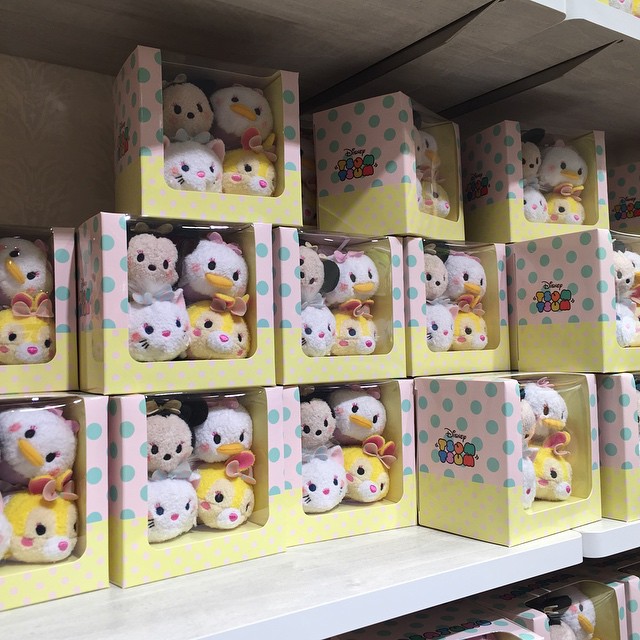