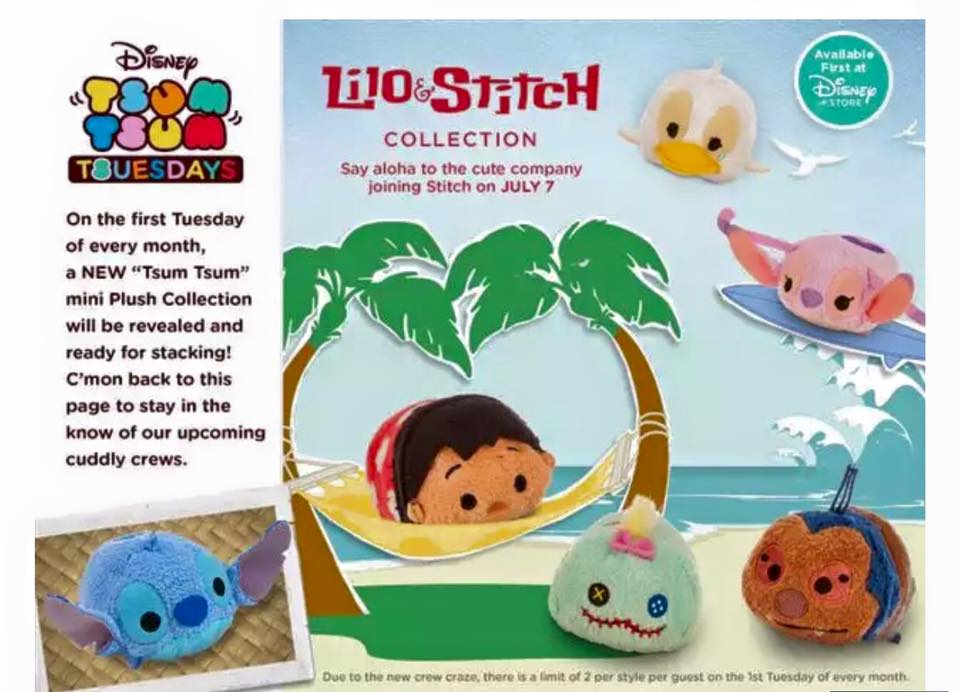 The new Lilo and Stitch Tsum Tsum series will be released in the US on July 7.  The series will include Lilo,
Baby Duck, Angel, Scrump and Jumba.  The Stitch in the photo was previously released at Disney Stores and Disneystore.com.  While the series is missing 4 of the Tsum Tsums that will be released in Japan on June 26, don’t rule out a bag set just yet.  Also, note the 2 per person limit that has been added to the monthly Tsum Tsum Tuesdays at Disney Stores and Disneystore.com.  In case you missed yesterday’s preview, you can check to out by clicking here.