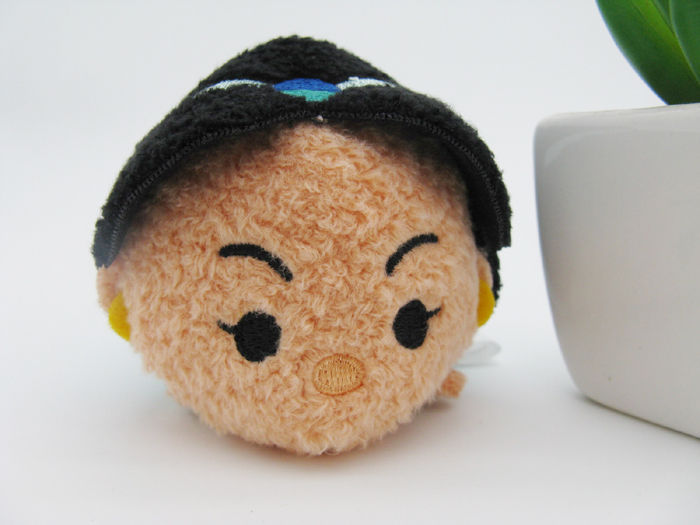 So far, we’ve seen photos if the upcoming Genie and Iago Tsum Tsums.  Today we can add two more confirmed pieces to the upcoming Aladdin series.  The Jasmine and Abu Tsum Tsums surfaced earlier today on the Internet.  The series looks to be released in August and will feature 8 Tsum Tsums (4 of which we have confirmed.  Hopefully, we’ll know the rest of the series within the next few days. Also note, while these Tsum Tsums gives us a glimpse at a future Tsum Tsums, we highly recommend not buying any Tsum Tsums that have surfaced early due to defects and uncleanliness.