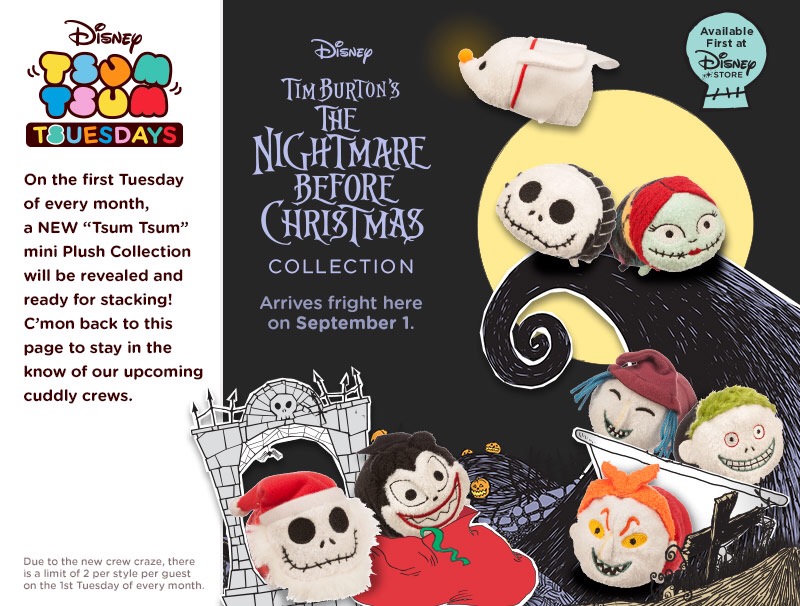 On Tuesday September 1 st Disney will release the spookiest Tsum Tsum collection of them all from Halloween Town, The Nightmare Before Christmas series. Led by the Pumpkin King these chilling and bloodcurdling Tsum Tsum from the town filled with  Ghosts, goblins, witches, vampires, and werewolves will be available online at disneystore.com and in select stores in the US. The collection includes eight 3 ½ mini plush characters Jack Skellington, Sally, Lock, Shock, Barrel, Santa Jack, Zero and Scary Teddy. These creepy cuties will retail for $4.95 each.

The Nightmare before Christmas Fun Facts: