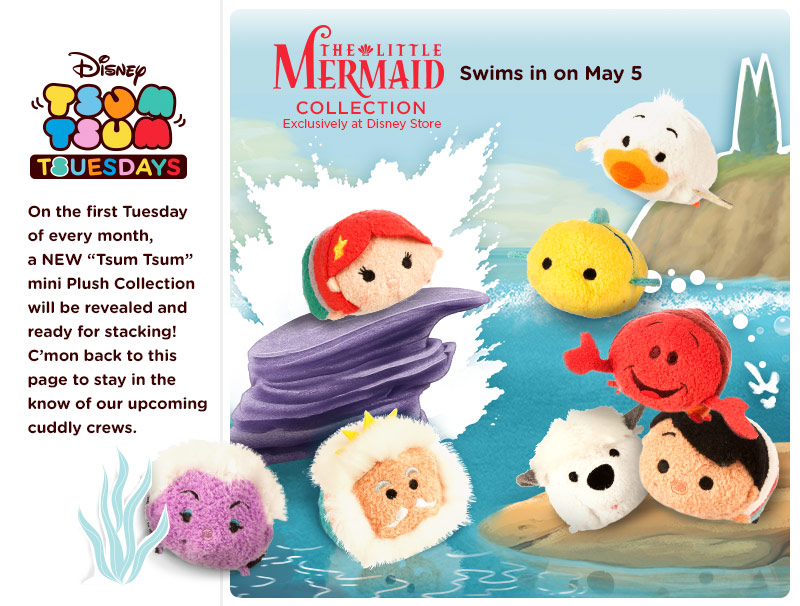 The wait is almost over.  On May 5th new Tsum Tsum Tuesday will make a big splash with the release of the award winning film and soundtrack  “The Little Mermaid” mini plus. The set will be released online at disneystore.com and in stores. The collection includes 8 mini plush. Ariel, and her best fish pal Flounder, Scuttle the expert on all human objects, King Triton, Max Prince Eric, Sebastian the anxious music composing crab, and Ursula the Sea Witch. Each 3 1/2″ mini Tsum Tsum will retail at $4.95. Ariel, Flounder and Sebastian was previously released  in Japan as part of a limited release 40 piece boxed set.