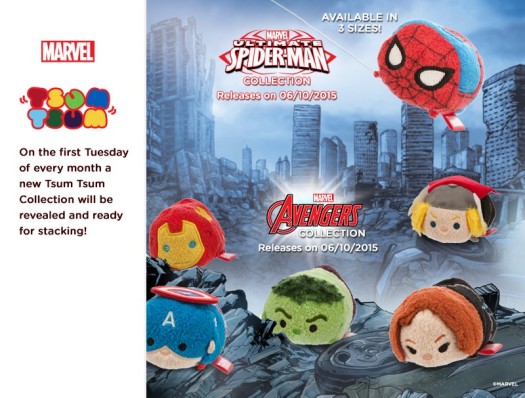 Today, Disney has announced the next series of Tsum Tsums that will be released for their monthly Tsum Tsum Tuesday. The next series is none other than the Marvel series. The series will be released on Oct. 6 and will include: Captain America, Thor, Iron Man, Hulk, Spider-Man and Black Widow. Look for the new collection online at Disneystore.com and at Disney Stores across the country.