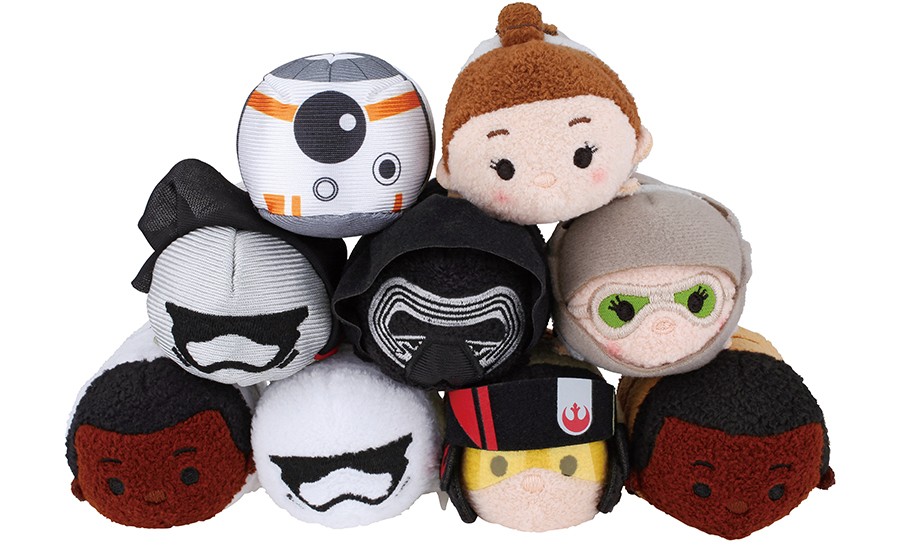 A few weeks ago, we saw a sneak peek of the new Star Wars: The Force Awakens Tsum Tsum Collection .  While the photo revealed four Tsum Tsums, there are more to the collection…a lot more.  Official photos of the new series was released this morning revealing 9 different Mini Tsum Tsums, 3 mediums and 2 Large Tsum Tsums.  The mini collection will contain BB-8, Rey, Captain Phasma, Kylo Ren, Rey w/ Goggles, Finn in Stormtrooper Outfit, First Order Stormtrooper, Poe Dameron and Finn.  The mediums include BB-8, Kylo Ren and Captain Phasma, while the Large collection includes BB-8 and Kylo Ren.  The new series will be released on May 4 (Star Wars Day) in Japan.  No official word yet if the new series will also be released in the US and/or Europe in May 4 also.  As always, stay tuned for more information about this great new Star Wars Tsum Tsum Collection.