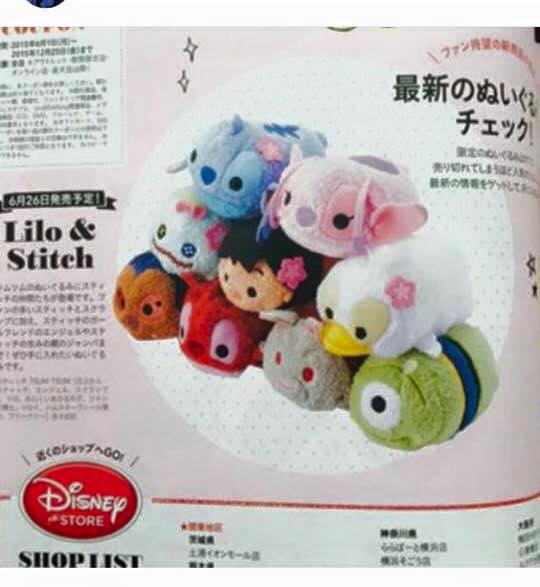 Earlier today a photo of the upcoming Lilo and Stitch Tsum Tsum series surfaced.  Included in the series is Stitch, Angel, Scrump, Lilo, Baby Duck, Jumba, Leroy (629), Gantu and Pleakley.  The series looks to be released in Japan on June 26 (Stitch Day), however as of right now we do not have any information about their release in the US.  If these are to be released in the US in July they should be officially announced on Tuesday.