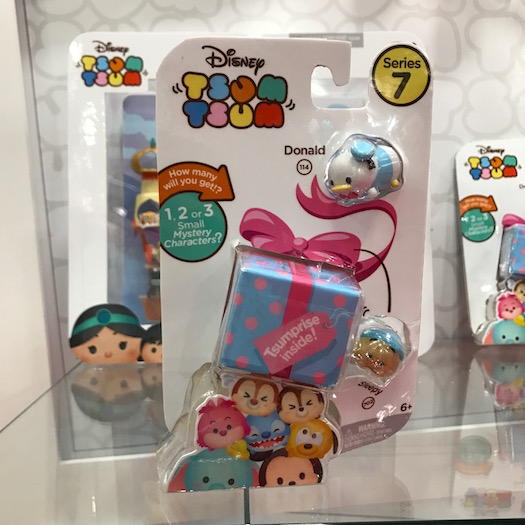 Jakks Pacific Disney Tsum Tsum Series 5 released released a few weeks ago, Series 6 is scheduled for later this Spring, but Series 7 is also on the way.  The 7th series of Disney Tsum Tsums will be released this Fall.  The new 3-packs will feature a known Small and Medium Tsum Tsum and a Tsumprise Large Tsum Tsum.  Below is a look at the 7th Tsum Tsum series from the Jakks Pacific Booth at Toy Fair as well as a promotional photo to the new series.