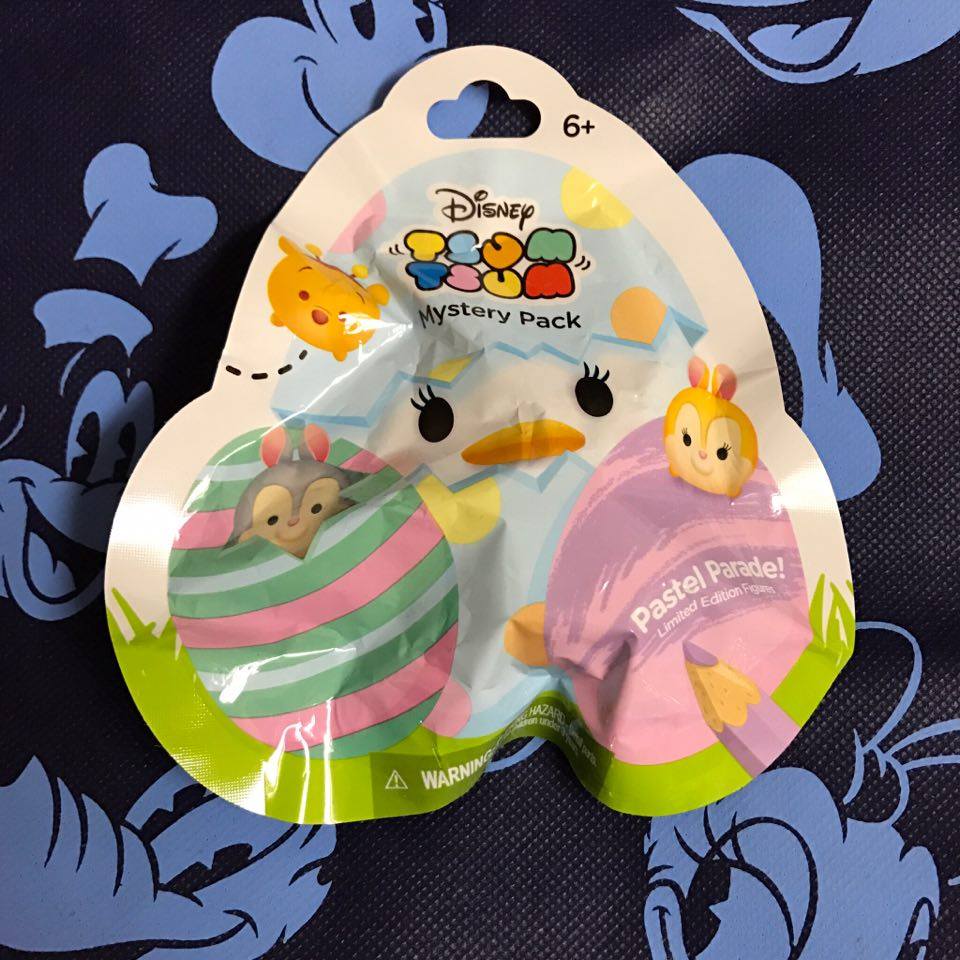 A photo of the packaging surfaced about a week ago, but little information has been released about the new Pastel Parade Tsum Tsum series so far.  Earlier today we received a Mystery Pack from the new series and proceed to open is up to see what we got.  The front of the packaging features Winnie the Pooh, Thumper and Miss Bunny along with some Easter Eggs.

The back of the packaging, like other mystery packs, reveals what you might get in side.  The new Pastel Parade collection features:

These look to be on releasing as we get closer to Easter, but as always they should begin to start surfacing at retailers very soon.  The Tsum Tsums are large Tsum Tsums and were designed with pastel colors, hence the series name, Pastel Parade.  Below is a showcase video of the Pastel Parade Ariel Tsum Tsum we received in our Mystery Pack.