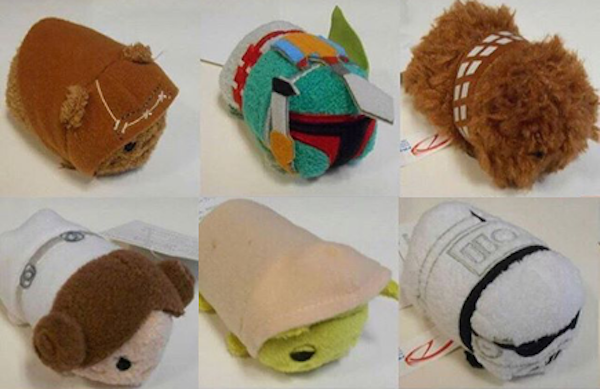 A few weeks ago we reported on the new Star Wars Tsum Tsum Collection which scheduled to be released on Feb. 16. As always, photos of the upcoming series has surfaced revealing 11 of the 12 Tsum Tsums that will be in the collection. This new series will be based on the characters in the Original Trilogy (Episodes IV-VI) and includes Yoda, Boba Fett, Jabba, Luke, Han, Darth Vader, Princess Leia, Chewbacca, Wicket, Stormtrooper, R2-D2 and C-3PO (Missing from Photo).  Stay tuned for more photos and information about these great new Tsum Tsums.