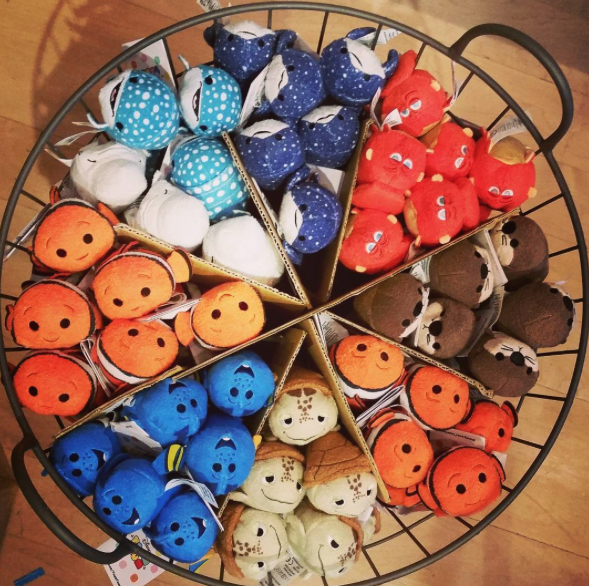 The Finding Dory Tsum Tsum Collecting won’t be released for at least another month or two, but for people who work, or have a connection, to Pixar Studios in CA they are available at the Pixar Studio Store.  A couple of photos of the new series have surfaced online revealing the eight new Tsum Tsums.  The Finding Dory Tsum Tsum collection includes: Nemo, Dory, Ray, Crush, Baily, Destiny, Hank, Baby Otter. If you can’t make it to the store at Pixar, then these same Tsum Tsum will most likely be released in May or the first Tsum Tsum Tuesday in June. As always, stay tuned for more information about this new Tsum Tsum collection.