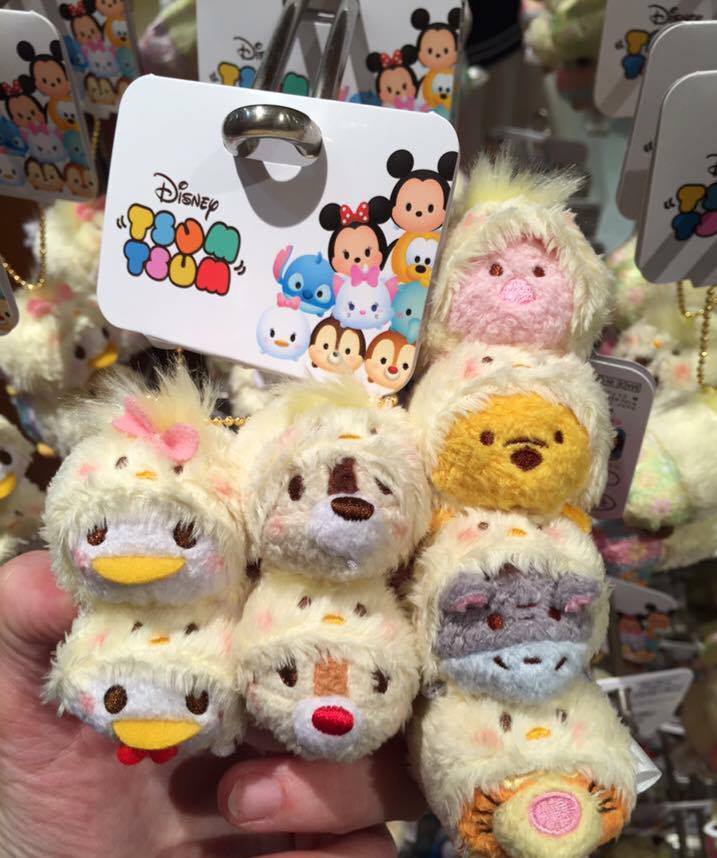 Disney Stores in Japan have started to receive tons of Easter merchandise, including these incredibly adorable Tsum Tsum keychains! The keychains feature Donald/Daisy, Chip/Dale and Piglet/Pooh/Eeyore/Tigger as baby chicks, the same costumes as the new Tsum Tsum coming out on March 26!

The two stack versions retail for 972¥ and the four stack retails for 1944¥. These are now available in stores as well as on Japan’s online Disney Store for order.

On an interesting side note, these stacking keychains are kept together by only a few stitches so it is entirely possible to separate them!