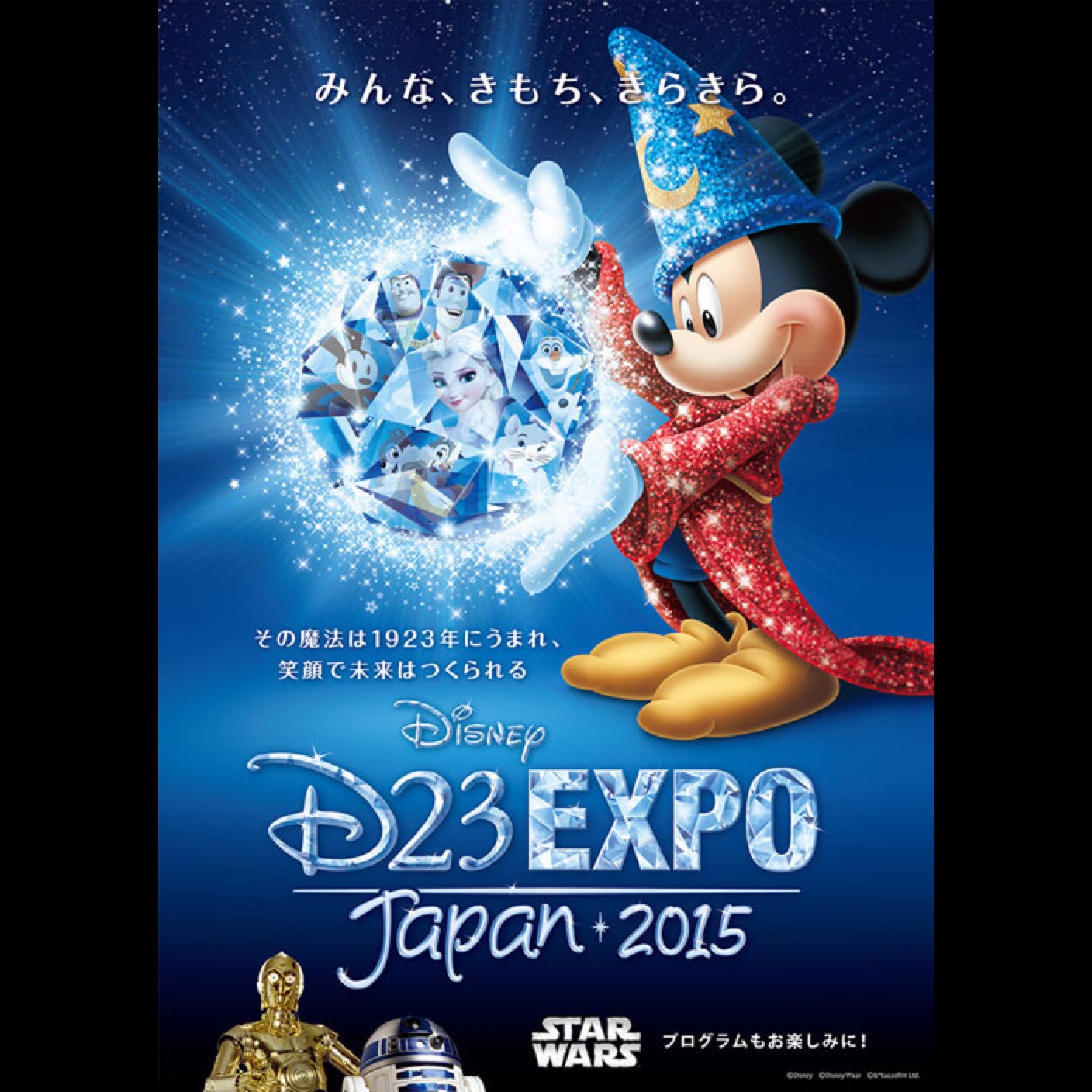 Meguro-ku, Tokyo, March 16, 2015—The Walt Disney Company Japan announced today that it will stage D23 Expo Japan 2015, a special event for Disney fans created by D23: The Official Disney Fan Club. The Expo will take place over three days from November 6 to November 8, 2015 in Maihama in Tokyo Disney Resort.

D23 Expo is a special event held every two years in the U.S. as part of D23’s ongoing engagement with Disney’s most passionate fans. In 2013, Disney launched D23 Expo Japan, a uniquely Japanese event that remains true to D23’s vision for “the ultimate fan event.” The program includes thrilling performances, as well as engaging presentations by Disney executives, and showcases what’s on the horizon from across The Walt Disney Company, including theme parks, movies, television, and music. Themed around “the power of story,” D23 Expo Japan 2015 will bring together fascinating tales from Disney, Pixar, Star Wars, and Marvel.

The event will also feature a number of exhibitions to delight Disney guests. D23 and the Walt Disney Archives will present a new exhibition focusing on the enduring enchantment of the Disney Princesses, including costumes, artwork, vintage collectibles, and film props. Another exhibit will feature hands-on experiences that will transport fans into the world of such beloved stories as Star Wars, the latest episode of which will be released in December; Toy Story, which celebrates its 20th anniversary this year; and, Tokyo Disney Resort,® which will present a special exhibition. Further details will be posted at http://disney.jp/D23 as they become available.

“We heard from a lot of fans about how delighted they were with the D23 Expo we held in 2013, and this Expo promises to be even more spectacular,” said Walt Disney Japan President Paul Candland. “We’re very excited about being able to present this great event once again, and we know our guests will have an incredible experience during the three days we have planned for them. ”

To celebrate D23 Expo 2015 Japan, a Kingdom Hearts fan event will be held on November 3 at Cinema Ikspiari, Tokyo Disney Resort. Program information for the event, Kingdom Hearts―The Theater (working title), will be posted on the official Disney website starting in late April.

D23 Expo: The Ultimate Disney Fan Event has been held three times in the U.S., bringing Disney fans from around the world to Anaheim, California. The next D23 Expo will take place August 14–16, 2015 at the Anaheim Convention Center and will feature: the 2015 Disney Legends Ceremony; a special exhibit from the Walt Disney Archives; the Expo Emporium, where Disney fans can buy, sell, and trade Disney collectibles, memorabilia, and merchandise; an all-new D23 Expo Design Challenge; and a show floor full of special opportunities to see what’s on the horizon for Disney around the world.