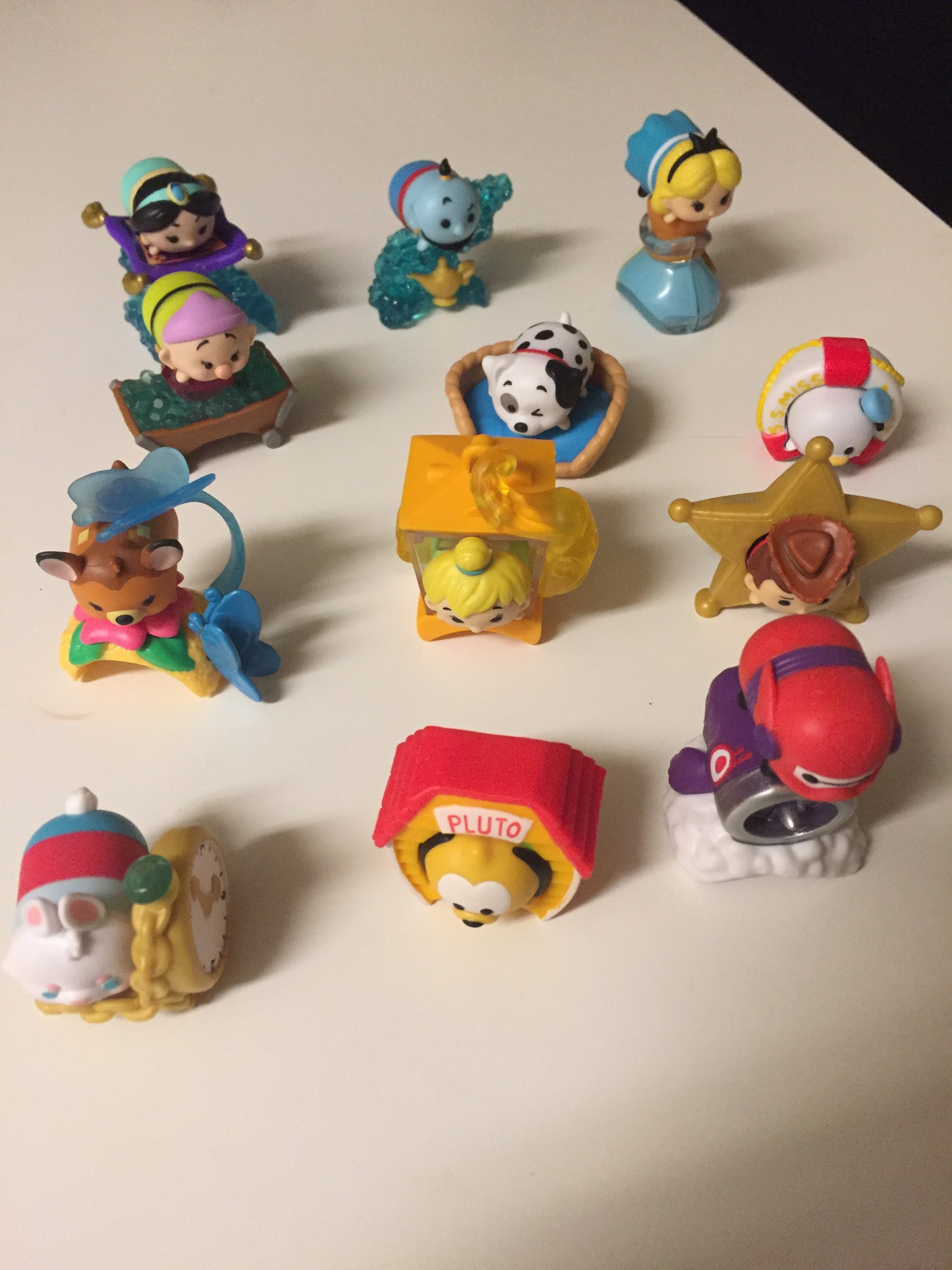 Series 3 is just starting to hit the stores, and we wanted to show you some detailed photos of the set. Each bag comes with one medium figure and a stack-able figure.

Who let the dogs out? I don’t know, but Pluto is super cute in his little dog house.

Were not sure about our Care, but we definitely are satisfied with this awesome Baymax, he will compliment Hiro (Series 2)perfectly.

Donald isn’t angry he is so happy to be here in the S.S. Miss Daisy’s sweet embrace.

Plenty of time for multiple kisses for this adorable Dopey!!!

Were All Mad for this super cute Alice and her bottle that urges her to “Drink Me”.

He may not walk very good, but Bambi The Great Prince of the Forest, will give you “doe eyes” for this Tsum.

It’s a Whole New World with this Jasmine Tsum and the ever valiant Magic Carpet.

You Got a Friend in Sheriff Woody to pair up perfectly with Buzz Lightyear (Series 2).

You Never Had a Tsum Like Genie, as he is glad to be out of that itty bitty living space and on your shelf.

Full of Pixie Dust Tinkerbell comes to the Tsum’s minis in all her sassy glory.

Which one is your favorite? What character are you hoping they will make next? As always stay tuned to www.disneytsumtsum.com for all your tsum tsum news.