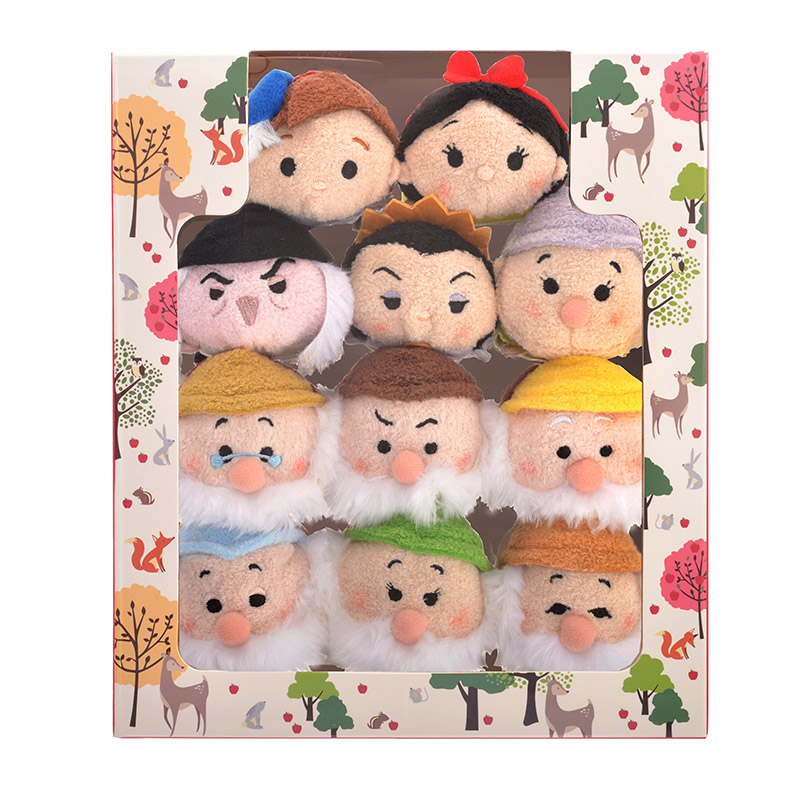 Disney Store Japan has released official photos of the Snow White and the Seven Dwarfs Box Set.  The new set will be released on Nov. 24 and will retail for 5,940円.  The set will include Snow White, Prince, Dopey, Doc, Grumpy, Sneezy, Happy, Bashful, Sleepy, Evil Queen, and the Old Hag.  Look for the set in Stores and online from Disney Store Japan.  No word yet if, or when, the box set will be released in the US or in Europe.